If your stomach heaves at the idea of two characters looking wistfully at each other and crooning, “I can’t fight this feeling any longer…” then you are simply not the target audience.
By Lindaon September 25, 2012
0 Comments
Our Rating 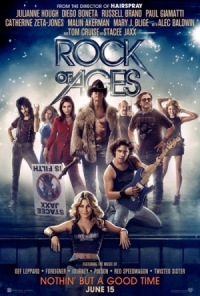 Oozing 80s Velveeta cheese out of its 80s bare-chested pores, Rock of Ages is harmless, silly, sing-along fun. Though at two-plus hours, it admittedly wears out it’s welcome when it could have wrapped up at the 90 minute mark, it still pokes fun at the big-hair arena rock decade that will undoubtedly make many people of a certain age smile and hold up their devil horns.

Rock of Ages is pretty much Journey’s song “Don’t Stop Believin'” brought to life. There just a small town girl (Sherrie, from Oklahoma), living in a lonely world. She doesn’t take a midnight train, but rather a Greyhound from Oklahoma to Los Angeles, circa 1987. She dreams of making it as a singer, which is clarified as she starts singing “Sister Christian” wistfully while looking out at the American landscape rushing by. But when the busload of travelers breaks into, “You’re motor-IN! What’s your price for flight?” you know that Rock of Ages will leave no stone unturned (except, that is, “Stone in Love”) as far as inserting 80s pop-rock classics into literal interpretations.

At this point of the movie, my friend’s head snapped in my direction, and she exclaimed, “Wait… is this a musical? Is the whole movie going to be like this?” Yes, yes it is. So if your stomach heaves at the idea of two characters looking wistfully at each other and crooning, “I can’t fight this feeling any longer…” then you are simply not the target audience.

Of course Sherrie (Julianne Hough) immediately meets Drew (Diego Boneta), a city boy, born and raised in south Detroit. It is young 80s rock love at first sight. Drew wants to be a rock star (with his terrible stage name of Wolfgang Von Colt), but in the meantime is working at the infamous seedy L.A. rock dive The Bourbon Club, where he helps Sherrie get a job as a waitress. Luckily for the movie, The Bourbon Room is run by Alec Baldwin and Russell Brand, who provide probably the weakest singing voices but the biggest laughs. But everyone’s attention at the Bourbon Club is on rock god Stacee Jaxx (Tom Cruise) as he arrives to put on the Big Show that will debut him as a solo star, released from his monster rock band Arsenal.

OK, so the plot is thin, and is entirely strung together with song lyrics (think Mamma Mia!). The young leads are the dullest part of the film. There is a monkey. There is a lot of exaggerated tongue-kissing, and Tom Cruise gets to place his hand on a lot of breasts. Yes, Tom Cruise is gross in this, and seriously his ever-present tattooed left nipple should get second billing. But his rock-excess character of Stacee Jaxx is supposed to be gross–and even I can admit that Cruise is often kind of funny. Try not to at least smirk when Jaxx is crooning a surprisingly dirty PG-13 interpretation of “I Want to Know What Love Is” with Malin Akerman as a writer for Rolling Stone.

Like the original Broadway stage show that spawned it, Rock of Ages isn’t highbrow entertainment. Heck, when I saw it in New York, ushers dressed in rock t-shirts and jeans served cans of PBR to the audience. If you go in with that sort of expectation (and maybe even go in a little drunk), you’ll probably be entertained by this silly rock karaoke fest.

Rock of Ages’ Extended Edition somehow includes enough risqué new material to warrant an R rating (the original film is PG-13). This will undoubtedly boggle the mind of anyone who enjoys the good-natured debauchery of Rock of Ages enough to want to see an extended edition, as the new scenes are no different in tone from the rest of the musical. While some of the extra material fits seamlessly into the film, there is a new fantasy sequence with Sherrie dancing in a filmy white negligee at the Hollywood sign and an oddly timed scene that finds her on the verge of rocking Stacee Jaxx like a hurricane. Just as the film’s variations in plot did not exactly improve upon the original Broadway musical, the additions in extended version do not necessarily further the story: they are simply good clean fun.

Extra features include interviews with the artists whose music made Rock of Ages possible (Pat Benatar, Bret Michaels, and members of Quiet Riot, Def Leppard, REO Speedwagon, Journey, Foreigner, and Twisted Sister). With the help of these familiar voices, we’re given a firsthand account of what life was like on the Sunset Strip in the late 80s. Artists also discuss the experiences that inspired the songs, and Julianne Hough hosts a featurette on recreating the 80s for the film. (Everyone seems so sincere, yet the hair, make-up, and clothes felt anachronistic to this reviewer.) To their credit, the featurettes are weighty, both in length and in content, making them well worth the purchase. 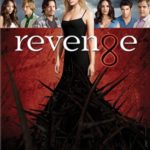 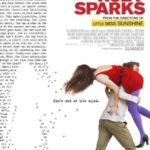