Admit it, at some point you have mimed running in slow motion with your own Olympic-ready Chariots soundtrack…
By Lindaon September 23, 2012
0 Comments
Our Rating 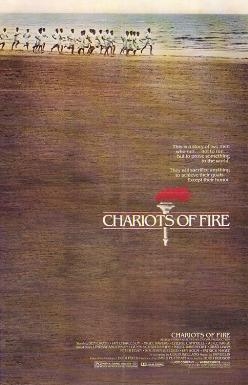 Though Chariots of Fire won the Oscar for Best Picture in 1981, it is one of those winners that probably would have slowly faded into film history as a good, but not great film. But unlike many Oscar films past, Chariots truly made a mark on pop culture with its memorable, award-winning, and inescapable hit soundtrack by 80s synth-meister composer Vangelis. Admit it, at some point you have mimed running in slow motion with your own Olympic-ready Chariots soundtrack, in the same way that you’ve spun in a grassy field like in The Sound of Music, or pulled your friends underwater at the pool while chanting the Jaws score. With Vangelis’ “Chariots of Fire Theme,” the film surely took home the gold.

This is the story of two British men who made it to the Paris Summer Olympics in 1924, as teammates and rivals. Harold Abrahams (Ben Cross) is cocky, serious, brooding, and Jewish (which he makes a point to tell people). He is also fast. Very fast. While at Cambridge, Abrahams falls in with the University’s track and field athletes, all of whom excel at their sport. But despite the brotherly camaraderie of his teammates, Abrahams’ pursual of excellence (i.e. pursual of winning) keeps him at arm’s length from the others when he chooses to train with his own coach Sam Mussabini (Ian Holm).

Abrahams is well aware that his main rival happens to be his own countryman, Eric Liddell (Ian Charleson). Liddell, despite being a Scot, grew up in China with his missionary family, and fully intends to return there after fulfilling his potential as a runner. Liddell’s religious beliefs are very strong—so strong that by the time the Olympics arrive, he finds that one of his key races comes in conflict with his observed day of Sabbath. What is more important to a man? God or country?

Chariots of Fire is a straightforward drama focusing on two real-life personalities that shined at the 1924 Olympics. Ben Cross plays Abrahams as a bit of a sourpuss, while Charleson’s Liddell is kind and friendly, yet staunch and protective of his religious beliefs. Though the dramatic bits are interesting (if not particularly memorable), Chariots unsurprisingly shines during the scenes of running. The opening sequence of men running along the beach to Vangelis’ famous score is simply gorgeous. And try not to be moved during the Olympic scenes, especially as Liddell crosses the finish line in slow motion, his head thrown back in a sort of primal ecstasy.

Timed for an Olympic year, the Chariots of Fire Blu-Ray Book includes photos of the production and cast, plus a separate CD sampler of Vangelis’ music. Among the many Blu-Ray extras are new featurettes on director Hugh Hudson and producer David Puttnam, an extensive making-of documentary about the film featuring the major players, and a “Reunion” featurette that features Hudson, Puttman, and supporting actors Nigel Havers and Nicholas Farrell (Ben Cross is AWOL for the reunion, and actor Ian Charleson passed away in 1990). The best extra, however, is the half-hour “Paris, 1924 – Birth of the Modern Olympics”. Historians dish about the 1924 Paris Olympics being the first truly modern Olympics, a post-war gathering of nations that featured all sorts of excitement and controversy, both in the arena and behind the scenes. 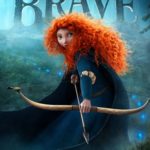 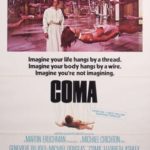