Simultaneously sweet and just a teensy bit creepy, this rom-com fable is a cautionary tale about the perils of getting what you think you want… and the life lessons contained therein.
By Vickieon September 25, 2012
0 Comments
Our Rating 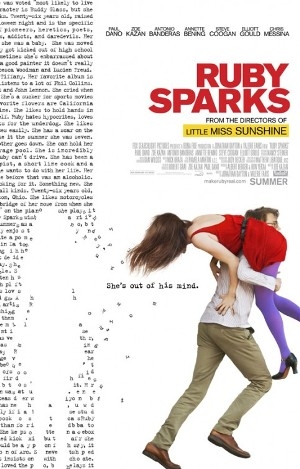 Paul Dano stars as Calvin, a once-lauded wunderkind author whose debut novel became a global sensation but who’s battled sophomore syndrome – and severe writer’s block tinged with loneliness – in the decade or so since hitting it big. A benign writing exercise from his shrink (Elliott Gould) then delivers an unexpected surprise: the decidedly unbenign Ruby Sparks (Zoe Kazan, who also penned the screenplay), a lively, quirky and entirely fictional character (lovingly created by Calvin), who springs to life and shows up in his kitchen one morning as if that’s where she’s always been.

Initially believing he’s suffered a profound mental break (not the good kind, either), Calvin quickly basks in his seemingly perfect new girlfriend when it becomes clear she’s real and he’s not, in fact, insane. Other people – including his brother (Chris Messina), hippie mother (Annette Bening) and New-Agey stepfather (Antonio Banderas) – can see Ruby and talk to her and hug her and feed her dinner. And even better, because Calvin has literally written her into existence, he can also control what she does just by tap-tap-tapping a new narrative on his typewriter.

Thing is, perfection starts to get old, and tiny fissures begin to appear in what Calvin thinks is the relationship he’s always dreamed of. What does it mean if your partner is flawless or, worse, if controlling or erasing her flaws destroys what you fell in love with in the first place?

Whimsical and easily digested, Ruby Sparks is a small film bobbing along in a sea of big-budget summer extravaganzas… which adds to its refreshing quality. Though its subject matter tiptoes into absurdist territory, it never feels anything but real – a hapless writer conjuring his ideal woman from thin air and having her materialize in her pajamas seems completely plausible thanks to Kazan’s matter-of-fact script and co-directors Jonathan Dayton and Valerie Faris (Little Miss Sunshine) simple, no-frills storytelling. There are no big effects sequences or musical swells accompanying Ruby’s appearance or antics, and – save for a comparatively slow, everything’s-rosy sequence about halfway through – the film wastes no time in Just Getting On With It.

Real-life couple Dano and Kazan have a subdued but sincere chemistry, and play off each other well. Bening’s turn as a kooky eccentric is cute, and Banderas – though stuck in a fairly throwaway role – nonetheless makes his passionate, branch-manipulating artiste entertaining and spirited.

As the summer movie season begins to wind down, and blockbuster fatigue begins to set in, this charming little offering and its curious collection of characters might be just the cinematic palate cleanser you need. 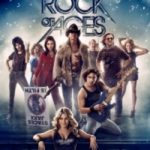 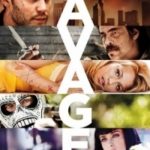