As I work on polishing up my Best of 2010 entry, I was treated to this interview on CBS Sunday Morning with Pulitzer Prize winning film critic Roger Ebert, and his wonderful wife Chaz.

I grew up watching Siskel and Ebert At the Movies in the ’80s… I think it was originally on Sunday morning on my local PBS station, and I would often watch the show with my dad. As it was syndicated, it kept getting moved around on the schedule, and for a long time it ended up in the ghetto of 11:30pm on Sunday nights (school night!), but I would still either stay up to watch it, or carefully set the VCR to watch it later, even through college.

I loved hearing Siskel and Ebert argue about the movies, and even after Gene Siskel sadly passed away in 1999, I kept up with Roger, even as he went through a round of not-as-interesting critic replacements for the show. Roger Ebert is one of the few film critics that writes about movies, never hiding his opinion, but he never comes across as a film snob. He is the reason I wanted to start writing my own movie reviews.

Now, after his own struggles with cancer, and having literally lost his voice, he has become more prolific than ever. With the advent of blogs, Twitter, and Facebook, he is now able to interact with his readers more than ever before. Even when he strays from the topic of movies (which he often does on his blog http://blogs.suntimes.com/ebert/), he always has something to say.

Thanks, Roger, for all of your words, and happy writing!

Previous‘Tis the Christmas season: New holiday releases at a store near you…NextLinda’s Best of 2010 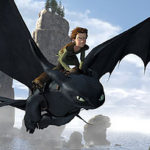