By Jenniferon September 20, 2012
0 Comments
Our Rating 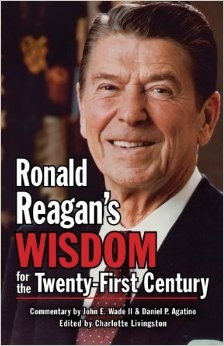 With a presidential election upon us and the Republican National Convention just behind us, Ronald Reagan’s Wisdom for the Twenty-First Century seems like a timely and relevant book. Regardless of your party affiliation, Mr. Reagan is also something of a pop culture icon, remembered as much for his Hollywood ties, his jar of jellybeans, his wife’s “Just Say No” campaign, and the day he got shot on national television as he is for leading our nation through most of the 1980s. Suffice to say, there’s probably some aspect of Ronald Reagan that would be of interest to most readers… unless you’re reading this particular book, in which case no part of Ronald Reagan seems remotely compelling at all.

Somehow I was expecting something more along the lines of a coffee table book, with relevant photographs framing quotes from Mr. Reagan. Instead, Ronald Reagan’s Wisdom for the Twenty-First Century is a thin paperback with one quote per page, followed by commentary by the illustrious (?) John E. Wade II and Daniel P. Agatino. Most quotes are one or two sentences long. Most commentary is one or two sentences long. Consequently, most pages are only half full. There is one photograph in the entire volume. From GETTY IMAGES. Frankly, this book kind of sucks.

Having read the squirm-inducingly amazing and deliciously dishy collection I Love You, Ronnie: The Letters of Ronald Reagan to Nancy Reagan, I know Ronald Reagan can be a barrel of monkeys. Here he is reduced to the rickety old windbag who told half-witted jokes as he slowly lost his faculties. Most of the quotes are so straightforward they don’t demand context, much less commentary, so the authors are left making banal remarks about what a great guy he was. To spice things up, they sometimes toss in a blatant plug or random reference to their own books, which, as far as I can tell, no one has ever heard of. The end result is tantamount to watching a bunch of good old boys clap each other on the back while nodding approvingly and mumbling things like, “Here, here! Well done!” Given the level of partisanship and political rancor the country has experienced in recent years, it’s hard to feel that Reagan’s wisdom (and he undoubtedly has some, as every world leader does) isn’t somehow being spun to complement a specific set of ideals. 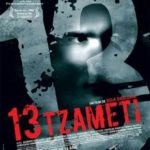 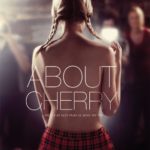