Leave it to old Hollywood professionals to make what is on the surface a kind of creepy and sad premise into a delightful romantic comedy. Master director Billy Wilder adds his expert touch to make a confection that in any other hands (see the remake) into a head-scratcher “ew” romance between the classes.
By Lindaon October 9, 2014
0 Comments
Our Rating 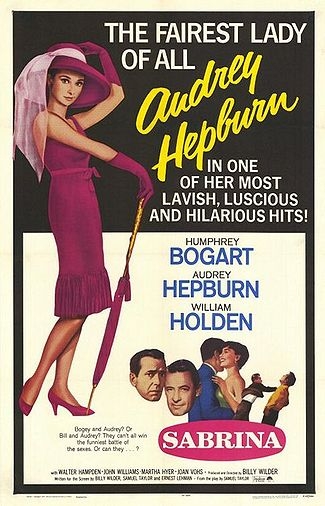 Audrey Hepburn, youthful and glowing in the beginning of her film career, plays Sabrina, the daughter of a chauffeur. Her daddy (the lovable John Williams) works for the very wealthy Larrabee family, who have made their riches across all sorts of industries, and are so successful that they have their own tower (à la Trump Tower) in the city. In their downtime, they live at their Long Island countryside estate where Sabrina’s dad is on beck and call as chauffeur. The elder Larabbee is retired from running the company, but eldest son Linus (Humphrey Bogart) has proven to be an excellent businessman (lucky for the Larabees), especially since his playboy younger brother David (William Holden) is totally useless.

Useless as David is, Sabrina has always harbored a monster crush on the handsome younger brother. She spies on him taking different girls for romantic champagne-fueled dances at the tennis courts, and wishes that it was she that David was kissing under the moonlight. Her unrequited love (he, of course, would never look twice at the chauffeur’s daughter) makes her so miserable, she takes up an offer to flee the scene and go and study in Paris at a culinary school for a couple years.

Audrey Hepburn in Paris? Why you just know that the ugly duckling returns home triumphantly as a beautiful swan. And when David sees this beautiful young woman, he can’t believe that she is that same creature as the girl who would hide in trees to spy on him. David is besotted (as playboys will be for a few minutes), but Linus will have nothing of it. It is not that it is a disgrace for a wealthy Larrabee to be in love with a chauffeur’s daughter (well, it kind of is, but since this is an American film, they try to sidestep the classist snobbery a bit)… but, you see, Linus has arranged for David to marry Miss Elizabeth Tyson, who happens to be part of a family involved in a huge pending business deal with the Larrabees that will benefit both companies… I mean families. It simply won’t do for David to run around with Sabrina. So, to save the family business, Linus decides to woo Sabrina from David instead. “It’s all in the family,” after all. Yes, ew.

In fervent discussions about this Billy Wilder romantic classic, much has been said about the mis-casting of Humphrey Bogart as Linus. According to the extras on this Centennial Collection release of Sabrina, even Bogart didn’t want the part, saying he was too old. He took the role very reluctantly (it was his first for his Paramount contract). Fifty-five at the time (and actually looking a bit older and wearier), he was 30 years older than his co-star Audrey Hepburn, the focus of his wooing as Linus. Dapper William Holden (11 years older than Hepburn) more successfully slipped into the shoes of playboy David. Audrey Hepburn is, of course, luminous, and manages to portray a young woman who slowly learns that her schoolgirl crush may not be as interesting as the more responsible and smart and good brother whom just so happens to be, um, really old for her.

The Centennial Collection edition of Sabrina has a second full disc of extras. Among the featurettes are “Audrey Hepburn: Fashion Icon” which talks of her influence on the fashion of the day, from the gorgeous dress that she wears when meeting David for her first dance at the estate (this dress will take your breath away), to her close relationship with designer Hubert de Givenchy who was always her choice as dresser (including designing her famous dresses in Breakfast at Tiffany’s). There are a few docs dedicated to Sabrina, both behind the scenes and in front of the camera, like “Supporting Sabrina,” “Sabrina’s World,” and “Behind the Gates: Camera”. William Holden gets his own retrospective “William Holden: The Paramount Years,” which recounts his career with many personal stories from people like actress Stefanie Powers (his companion in later years), but suffers from the obvious flaw of only focusing on his career at Paramount. No mention of his famous roles in Picnic? Or The Bridge on the River Kwai? or Network? I guess if you want the full story, you’ll need to search out an unbiased source that covers his entire cross-studio career. Despite such studio-centric annoyances, the extras should definitely please fans of Sabrina. 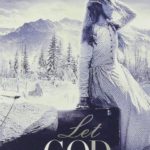 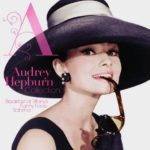