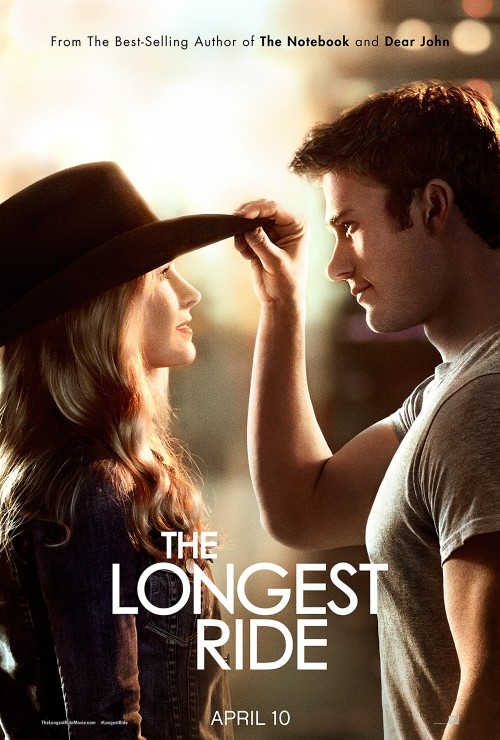 Not to sound like an objectifying perv, but dear lord, Scott Eastwood is one beautiful man. Sweet Jesus. I will fully admit right here that he is a big part of the reason that I’m bumping this strange, and benignly entertaining movie to a recommended rating, rather than giving it a dismissive shrug of five slices. Give me a tub of popcorn and Red Vines and call me shallow for being simply entertained by watching this man. I don’t care.

Now that I’ve admitted that, I will say that The Longest Ride (the latest in a long line of Nicholas Sparks adaptations) features probably the weirdest juxtaposition of two unrelated, time-spanning love stories that I’ve seen on screen. I can’t imagine an author sitting down and deciding that modern professional bullriding and the American Jewish experience of the World War II era could be melded into a cohesive story, but there you go.

In the modern story, a two beautiful people meet cute in (of course) sun-dappled North Carolina. Sophia (Britt Robertson) is a college girl looking forward to leaving town for her New York City internship in the art world. Luke (Eastwood) is a professional bull rider, once at the top of his game, now struggling to make a comeback after a horrific buck off a rank bull named Rango (let me add that I *do* love my PBR, and I ain’t talking about the crappy-ass beer!). When Sophia asks him why he continues to ride in a sport that could kill him, he barks through gritted teeth, “Because I HAVE to!” Then she falls in a mud puddle and they have to take a shower together. Or whatever. How do you say, #FirstWorldProblems? How will this country boy and city-loving girl make this work?

In contrast, the WWII era lovers are a charming couple named Ira (Jack Huston) and Ruth (Oona Chaplin). Though Ruth and her family show up in town after fleeing Vienna, the fact of WHY this Jewish family suddenly shows up in the Southern town is almost completely tossed aside in favor of her being the center of attention for all the local Jewish boys, including tongue-tied Ira. As soon as Ira and Ruth’s love sparks, they are torn apart by WWII (he goes to fight). When he returns, he has changed, and their future is suddenly shaky. “Can they make this work?!?!” the viewer wails at the screen.

The Longest Ride uses the thinnest of threads to string these stories together (Luke and Sophia pull an elderly Ira–played by Alan Alda–from a burning car). The thread is so thin that you often feel as though you are watching two completely separate movies, like you are flipping back and forth between channels every ten minutes or so. But the thing is, I kind of liked both movies. The Ira and Ruth plot is sweet and melancholy, like a live action portrayal of the first five minute of UP. And the modern plot? Well, shoot, I just liked looking at that handsome cowboy. Sure, this movie is silly escapism, but you could do a lot worse. Sparks fans I’m sure will be pleased.

I was kind of hoping that the Blu-ray release would have a special feature called “Scott Eastwood: EeeeEEEEEE!”, but alas it is the standard mix of extras. There are a couple handfuls of deleted scenes, most notable one awkward one where Ruth meeting William de Kooning at the artist retreat. There are typical gushy behind-the-scenes featurettes, including one where Nicholas Sparks goes for a countryside walk with Alan Alda, who seems genuinely sweet despite Sparks’ obnoxious, aw-shucks King-of-the-World persona (Sparks also gets his own corny short film). More interesting is the extra about the PBR and the real professional bullriders, like Sean Willingham and Luke Snyder. One breeder talks about looking for “hot and juicy” cows to breed good bucking bulls, and to my amusement, that description even made the interviewer go, “Uh… what?” Finally, we get a featurette showing what a trooper Scott Eastwood was in learning the ropes, so to speak, of bullriding. You can go through this one frame by frame if you’d like, or just linger in the gallery of stills from the movie. 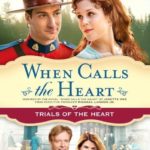 PreviousWhen Calls the Heart: Trials of the HeartNextMission: Impossible III 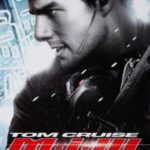