The Fault in our Stars

Often, I have to review films for which I am totally not the target demographic. (Frat-boy comedies, I’m looking at you.) In this film’s case, though, its heart-wrenching bullseye could not have been more squarely positioned right across my forehead. So, it should come as no surprise that, despite copious tears and a plot made of chest-squeezing tragedy, I really enjoyed it.
By Vickieon October 13, 2014
0 Comments
Our Rating 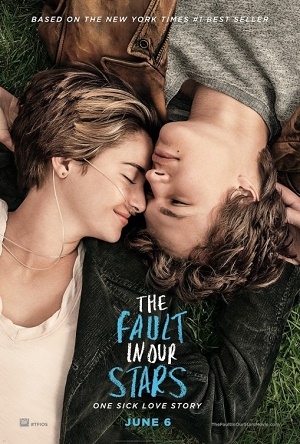 For anyone who hasn’t yet been caught up in the zeitgeist, TFiOS is based on John Green’s bestselling young-adult novel of the same name, and centers on the relationship between two teenagers as they slowly fall in love. The catch? Both spirited Hazel (Shailene Woodley) and charmer Gus (Ansel Elgort) have cancer. The pair meet in a church-basement support group, and Gus immediately turns the flirt up to 11 in a bid to win Hazel’s guarded heart. Before long, they’re staying up until the wee hours talking, planning a trip to Amsterdam to find Hazel’s favorite author (Willem Dafoe) and, eventually, having their star-crossed romance run face first into the harsh, familiar reality of their disease.

Largely carried on the more-than-capable shoulders of Woodley, who’s fantastic and believable and wholly committed to her role, TFiOS does possess many of the hallmarks of this sort of movie but somehow manages to feel, for the most part, authentic. Yes, you know where the story is headed, and yes, the surprises and unexpected moments are few in number, but it all still works. An unabashed four-hanky tearjerker, TFiOS is nonetheless peppered with moments of levity and truth, and blessed with as much heart-swelling as heartbreak.

While Woodley delivers a stellar performance (seriously, she’s excellent), her co-star Elgort is a little less awesome. Still good, just not great. There’s a detachedness to his performance that turns Gus into more of a caricature than a character – he never really feels rooted in reality, and it’s as though he’s more of a dreamy construct than a three-dimensional person. Elgort will no doubt have teenaged girls swooning around the world, though, and that’s sort of all that matters for this kind of movie.

Even though the young stars get top billing, Laura Dern deserves more than a little praise for her turn as Hazel’s loving, amazing, fleetingly fragile mother, who’s simultaneously her daughter’s rock and the person most terrified of losing her. To be honest, her scenes made me weep as much, if not more than, those without her. And Dafoe is effective as a bitter writer who lashes out with words to mask his own pain.

One of the life lessons taught by The Fault in Our Stars is that being loved by many is no more meaningful or significant than being deeply loved by just one. And I suppose that’s fitting when it comes to the film itself, as well. It doesn’t really matter how many hearts this movie touches, it’s that it touches some. And mine was among them.