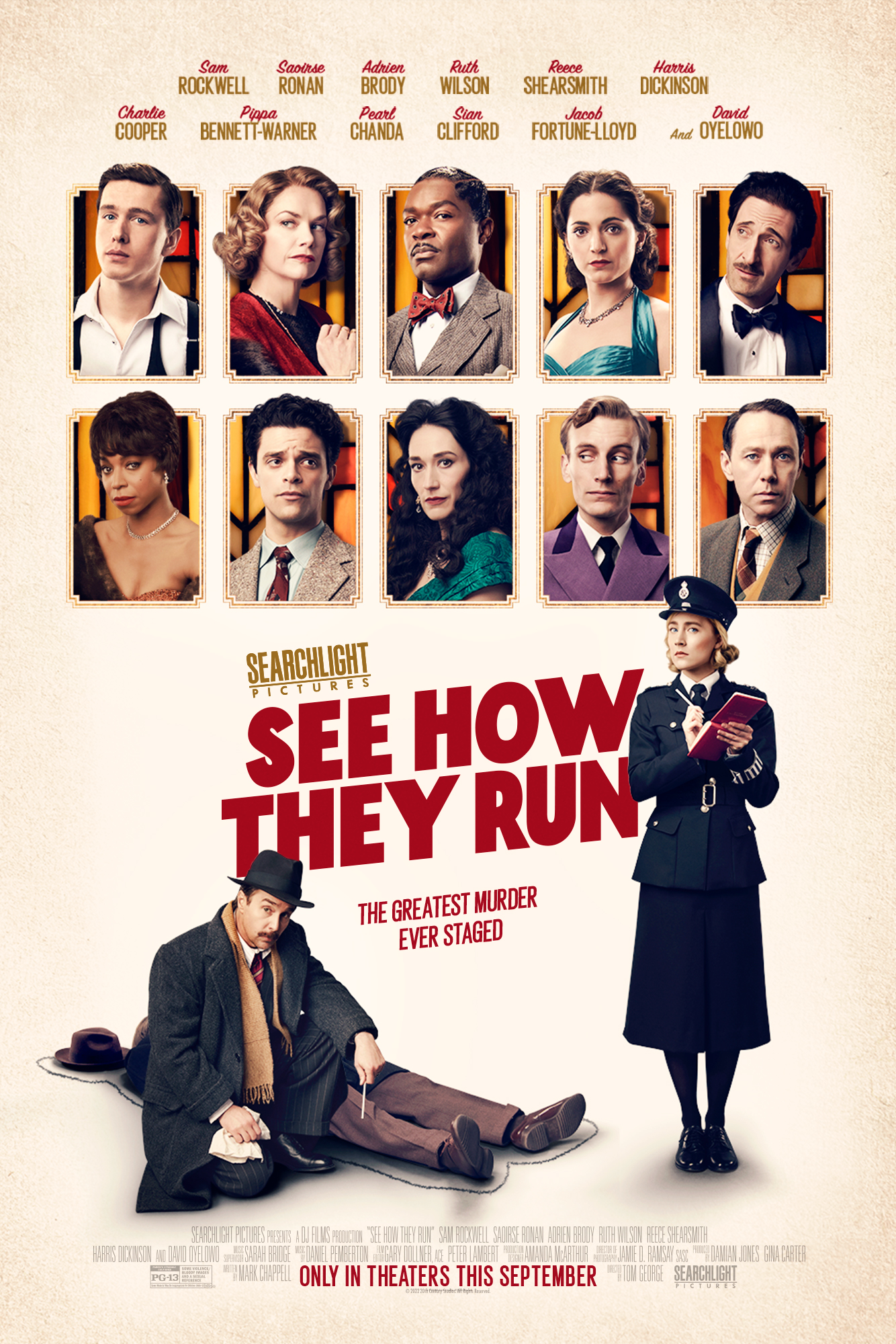 It’s 1950s in London’s West End, and the uber-popular stage show of Agatha Christie’s “The Mousetrap” has reached a milestone with its 100th performance. Caddish American director Leo Kopernick (Adrien Brody, having some fun), who has been assigned to make the upcoming film adaptation, is basically a one-man hot mess of inappropriateness at the raging cast party. We find out, through his own dead-man narration, that he winds up murdered in the costume room and his body ends up being staged right on the stage itself. As art reflects life, life reflects art as all of the cast becomes potential murders and… wait for it… potential victims!

Inspector Stoppard (Sam Rockwell) along with his new eager sidekick Constable Stalker (Saoirse Ronan) get assigned to the case, him schlubbing along as a weathered gumshoe, while her rookie eagerness and enthusiasm can barely be contained. As each potential murderer is interviewed, from the film’s bitchy screenwriter Mervyn Cocker-Norris (David Owelyo) to the handsome stage star Richard “Dickie” Attenborough (Harris Dickenson) to Agatha Christie’s own pal Petula Spencer (Ruth Wilson), they each, of course have a motive (which propels Constable Stalker to blurt out, “Case closed!” with each clue).

The film boasts nice art direction, with artful split screen and occasional titles in a wink to the narration itself. There are apparently a ton of in-joke references to both “The Mousetrap” and Agatha Christie (not to mention Hollywood) that hardcore fans will probably pick up and enjoy. And Saoirse Ronan is a hoot, totally having a field day with a zingy comic role. She is easily the best thing about the movie.

But… I was kind of bored. The script, while probably good on paper falls flat. It’s obviously reaching for guffaws, but only gave me a few chuckles (again, thank you Saoirse!). With so many characters, most of the actors don’t get much time or breathing room to make much of an impression (an issue that I often notice with other Agatha Christie adaptations, to be honest). They crowd in just to gum up the mystery and lead us astray. But the most surprising misfire in casting, in my opinion, is Sam Rockwell as the inspector. I’m a big fan of his work, but he seems like he is sleepwalking through this role, phoning it in. For the first half hour I wasn’t even sure if he was supposed to be British as he marble-mouthed his way through his mutterings.

I will say though that the final scenes almost made up for my restlessness during the rest of the movie. Like a good Agatha Christie mystery, all the suspects of course end up in the same room, looking suspicious and accusingly pointing fingers. Let’s just say that the great, deadpan-hilarious Shirley Henderson shows up for these final moments… and just like that, the lines get funnier, and the editing and direction seems to get crisper–as though her mere presence ups everyone’s game. Within those few minutes, we are given a tease of the better movie See How They Run could have been. 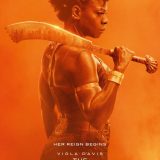 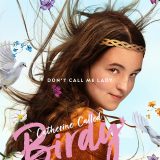