Star Wars: The Rise of Skywalker

I’m pleased to report that I left the theater with the same (very teary-eyed) sense of awe and wonder I had as a little girl: I absolutely loved loved loved The Rise of Skywalker.
By Vickieon December 18, 2019
0 Comments
Our Rating 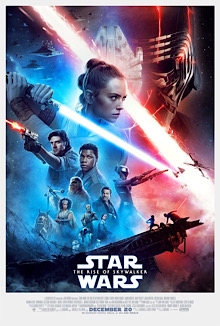 The moment the first notes of John Williams’ iconic opening score blasted through the theater speakers and the familiar Star Wars logo burst onto the screen, tears welled in my eyes. As a child of the 1970s and ‘80s, the Star Wars saga is deeply entrenched in nostalgia and memories for me, so it was a bit like being a kid all over again and having to say hello again (and goodbye) to cinematic friends I’ve known since I was seven years old.

And I’m pleased to report that I left the theater with the same (very teary-eyed) sense of awe and wonder I had as a little girl: I absolutely loved loved loved The Rise of Skywalker.

It’s an action-packed, funny, thrilling and incredibly poignant final chapter in the film series that’s spanned more than four decades. Plus, it boasts more than a few sequences that are nothing short of astonishing in terms of their sheer scale and scope.

To discuss too much of the plot is to potentially spoil the fun for filmgoers – and, really, how much do you actually need to know before buying a ticket, anyway? – so I’ll skim the surface of a story filled with conflict, tension, love, hate, joy, sorrow and laughter.

In short, The Rise of Skywalker chronicles the final war in the eons-old battle between good and evil, and the efforts of the two opposing sides of The Force: Light and Dark. On one side are our Resistance heroes, Rey (Daisy Ridley), Poe (Oscar Isaac), Finn (John Boyega), General Leia Organa (Carrie Fisher) and an eclectic mix of characters – old and new – joining their fight. On the other, the devoted disciples of the Dark Side, including Supreme Leader Kylo Ren (Adam Driver), Generals Hux (Domhnall Gleeson) and Pryde (Richard E. Grant), and nightmare-inducing not-dead-after-all Emperor Palpatine (Ian McDiarmid). Who’ll be victorious? Will Rey take Ren up on his Force Awakens offer to step over to the Dark Side and rule the galaxy together? Will Ren somehow find his humanity again, join Rey and revert to the Light? In the case of The Rise of Skywalker, the journey towards the answers to those questions (and so many more, not the least of which is “who is Rey????”) is just as exhilarating and heartfelt as the ultimate destination.

Filled with a slew of awesome new characters – including Keru Russell (as Zorii Bliss, a face from Poe’s past), Naomi Ackie (as a rogue warrior), über-polite droid D-0, and adorable pint-sized droidsmith Babu Frik – fun cameos (hi, Killing Eve’s Jodie Comer!), and new planetary destinations that all sound like sneezes, The Rise of Skywalker hits the ground running in its opening frames and maintains a pretty relentless pace. It’s a movie jam-packed with plot and plot twists, routinely punctuated with quiet, moving moments that underscore the heart of the story. The performances are across-the-board wonderful, with Ridley and Driver anchoring the proceedings in emotional, equally powerful, multi-layered turns.

There are the aforementioned mind-bogglingly epic set pieces and multiple nods to virtually all of the preceding films sprinkled throughout, along with the reappearance of a number of familiar faces (both alive and dead), including Lando Calrissian (Billy Dee Williams) and, of course, Luke Skywalker (Mark Hamill). There are even voice-only cameos! And the whole thing ends with a beautifully brilliant closing scene that, in my opinion anyway, perfectly wraps up the entire saga. I was literally sobbing.

Best of all, I found it cosmically fitting that the conclusion to a film series about The Force – feeling, energy – satisfied so completely on both those levels. Whatever its flaws might be (and I’m sure there are stalwart fans and critics who will no doubt point them out), Star Wars: The Rise of Skywalker was, for me, a total home run for all involved. I loved every minute of it. 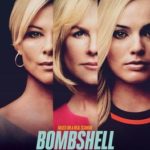 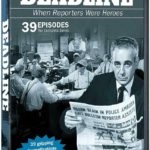