We all know that there is nothing better than a really good villain. Who doesn’t love a good bad guy? Darth Vader is a superstar in moody black, Hannibal Lecter seduces with freaky whispers about fava beans, shoot, even the dear, late Alan Rickman had his breakthrough as the scene-stealing bad guy in Die Hard. So when you have a movie that is ALL about bad guys, it seems like it should inherently be good, if not great. Well it isn’t even close.
By Lindaon December 13, 2016
0 Comments
Our Rating 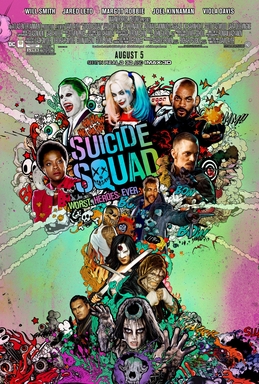 DC Comics’ Suicide Squad is a mishmash of bad guys and villains pulled together as the government’s secret weapon. Superman is dead, and an official posits the scary thought, what if another superhuman character showed up, but he didn’t happen to be nice like the flying man in tights? Who would be able to stop him? Amanda Waller (the wasted Viola Davis) has what she thinks is the answer: A handful or two of deranged bad guys locked up in a swampy remote prison in Louisiana. If the bad guys could be forced to fight for good (via an exploding chip in the neck if the rebel), then maybe, just maybe they have a secret weapon.

Now, I’d introduce these “bad guys”, but the time that I’d write about them is almost more time than the film spends telling us who they are (each get a 3-minute soundtrack of a classic rock song, a la Guardians of the Galaxy to supposedly set their tone). Let’s just say that poor Adam Beach as Slipknot, who is apparently a big enough deal that his face gets full mugshot placement on Waller’s exploding-chip app, lasts merely minutes into his scene before being efficiently disposed of. Jay Hernandez broods under facial tattoos as Diablo (who tosses fire), Jai Courtney is a drunk Australian that… throws a boomerang? There is a guy who is a crocodile (huh?). There is a Japanese chick with a sword. The only characters in the so-called Suicide Squad of good bad guys that make any sort of impression is Will Smith’s Deadshot, who seems way too sensitive to be mowing down people with his guns, and Margo Robbie’s Harley Quinn, who is cray-cray, but honestly is the only actor having any fun.

These characters don’t seem evil or bad. In fact each of them is given a literal sob-story to supposedly give them some depth. In the meantime, they are supposed to band together under the orders of soldier Flag (the super-dull Joel Kinnaman) to defeat some evil force supposedly destroying their metropolis. The fact that the source of the true evil is a half-assed witch called The Enchantress (Cara Delevingne) is baffling, if not laughable (she seems like she was cut out of a really bad adaptation of an Anne Rice film). If the true evil of the Joker (the effectively creepy and disturbing Jared Leto) were given more of a plot, the film might have had a chance, but he blows in and out of the story, as though he dropped in from a more interesting film.

I know the folks at DC Comics are wringing their hands, trying to jump start their faltering franchise. Meanwhile, Marvel keeps churning out mega-blockbusters, flooding theaters into superhero exhaustion before DC has even started playing the game. Let’s just hope DC’s Wonder Woman will end up saving the day. At this rate, that might be the only DC film that anyone will want to see.

The Ultra HD Blu-ray, the 3D Blu-ray, and Blu-ray Combo pack all contain several making-of featurettes.  “Task Force X: One Team, One Mission” delves into the back story of the Suicide Squad, “Chasing the Real” explores how filmmakers tried to make a cast of superheroes seem like real, relatable people, and “Joker and Harley: ‘It’ Couple of The Underworld” takes us inside this sick and wrong romance.  “Squad Strength and Speed”, “Armed to the Teeth”, and “This is Gonna Get Loud: The Epic Battles of Suicide Squad” all delve into the elaborate fight sequences that make up the film.  “The Squad Declassified” looks at the Suicide Squad’s comic book origins, and no proper DVD/Blu-ray release would be complete without a Gag Reel. 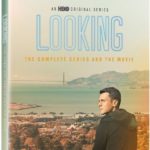 PreviousLooking: The Complete Series and The MovieNextSully 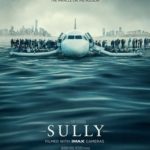