Even though Sunshine Cleaning didn’t quite live up to my admittedly lofty expectations, it was still very good. Still made me cry. Still reaffirmed that Emily Blunt rocks.
By Vickieon December 22, 2009
0 Comments
Our Rating 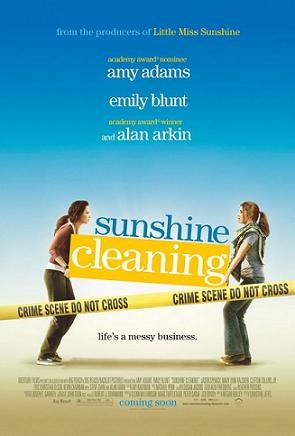 I’ll admit it: I’d been looking forward to this movie for months. Not only did it star current It Girl Amy Adams and the swoon-worthy Emily Blunt, but it was produced by Overture Films (my new fave company thanks to previous offerings like The Visitor and Henry Poole is Here) and looked incredibly quirky. Plus, two female leads? Sign me up!

And, even though it didn’t quite live up to my admittedly lofty expectations, it was still very good. Still made me cry. Still reaffirmed that Emily Blunt rocks.

Adams is Rose, a single mom and rent-a-maid, who’s eking out an existence based around unfulfilling work, the ongoing disciplinary problems surrounding her OCD-afflicted young son, Oscar (Jason Spevack), and an emotionally draining affair with a married cop (Steve Zahn) who, despite his affections, has no intention of leaving his wife or family to be with Rose. Fortunately for Rose, and the audience, he suggests she look into starting her own crime-scene clean-up business as a way of making a pile of good money… which sets the film’s story in motion.

Rolling up her sleeves and putting her gag reflex in check, Rose enlists the aid of her layabout sister, Norah (Blunt, who steals the film), and sets to work cleaning up blood-splattered sites where suicides, homicides and natural deaths have occurred. In the process, Rose begins to gain a new sense of self-worth, Norah develops a fascination with a woman named Lynn (Mary Lynn Rajskub) – who’s the daughter of one of their business’s most recent “clients” – and the women’s eternally scheming father (Alan Arkin, fully recycling his Little Miss Sunshine role) becomes his grandson’s de-facto babysitter.

More character study than anything else, Sunshine Cleaning’s biggest assets are its two leads. Both Adams and Blunt turn in fine performances that tug at the heartstrings as much as they entertain. Blunt is especially strong as the tormented younger sibling but, unfortunately, it feels a bit like the filmmakers missed an opportunity at developing her character more fully. Instead, Norah is sort of left to a few clichéd devices, and the lack of resolution to her character’s friendship with Lynn left me unfulfilled by film’s end.

Resolution is actually one of the film’s biggest flaws, overall. More specifically, the lack of resolution. There are a number of characters and tangential storylines that are kind of left hanging or feel dropped in solely to add color. What’s wrong with Oscar? Why is Alan Arkin’s character such a misguided huckster? What’s the deal between Rose and the kindly, one-armed (?!) cleaning-supply expert (Clifton Collins Jr.)? And, most importantly, why add the whole Norah-pursues-Lynn-and-Lynn-seems-to-fall-for-Norah storyline if it’s never going to be explained? Is Norah gay? Is Lynn? Dunno. Maybe I’ll find out in the DVD extras down the line. All of the extraneous characters and plot points could have been left out altogether, and it might have made for a tighter movie.

Enjoyable and unexpectedly touching, Sunshine Cleaning nonetheless makes for some very pleasant viewing. If nothing else, it’s a great little story about two sisters doing it for themselves. 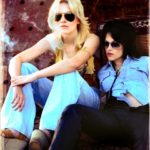 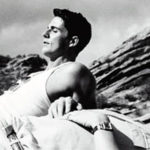