This sounds like one of those stupid horror movies where the characters consistently do the wrong thing until they meet a terrible end, but The Barrens is different. The characters are refreshingly relatable, and for all their flaws feel like a real family.
By Jenniferon October 17, 2012
0 Comments
Our Rating 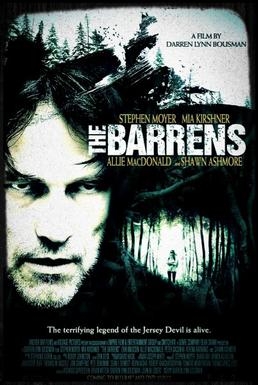 There are times in life when taking a family camping trip in the middle of nowhere is simply a bad idea. For example, if you haven’t been feeling well and aren’t getting better, it’s probably best to stay close to civilization. If your dog is lost and you’re waiting to find out what happened to him, it might be easier on everyone to stay close to home and see what happens. If your teenage daughter is hating her stepmother and wants nothing to do with you, you might prefer not to be cooped up in the car or a small tent with her for an extended period of time. If all of these things are happening at once, this is a major red flag. If you’re also returning to the Pine Barrens where you feel you saw the Jersey Devil as a child, just STOP, dude, do not do it!

Does Richard Vineyard (Stephen Moyer) listen to me in The Barrens? Hell no! Defying all logic, he piles his wife Cynthia (Mia Kirschner), his teenage daughter Sadie (Allie MacDonald), and young son Danny (Peter DaCunha) into the car and heads for the woods. Shortly after a dead animal inexplicably drops in front of their vehicle, they pull into the state park where they learn of recent “bear” attacks. Again, we’ve got more red flags, but Richard is determined to take his family camping and to spread his father’s ashes in the lake.

As I write, this is already beginning to sound like one of those stupid horror movies where the characters consistently do the wrong thing until they meet a terrible end, but The Barrens is different. The characters are refreshingly relatable, and for all their flaws feel like a real family. If Richard’s behavior seems unreasonable, Cynthia and Sadie are there to call him out. If it seems like they should be calling for help, Cynthia’s on her cell phone (which actually works!) trying to get assistance. The trouble, then, lies solely with Richard, whose sanity and health are questionable at best. As he drifts in and out of reality, it becomes clear that this family faces three threats: Richard’s increasingly alarming behavior, the illness that threatens to take Richard from them, and the thing in the woods that is killing animals and campers.

While it’s obvious to everyone that something dangerous lurks within the forest, it could easily be a wild animal, a deranged person, or Richard himself. Just because he *thinks* he keeps seeing the Jersey Devil (the legendary 400-odd year old spawn of Satan that inhabits the Barrens), doesn’t mean his hallucinations aren’t turning him into a monster. We’re kept guessing to the end, and the movie’s slow but steady pacing makes it more of a suspense film than a horror flick. Though there are some gruesome images, this is essentially the story of a family’s struggle for survival. 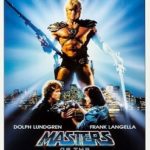 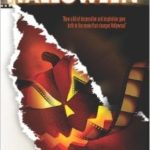