The Book Thief is sturdy and earnest, but pales in comparison to the glorious, tragic magic of the novel.
By Lindaon March 5, 2014
0 Comments
Our Rating 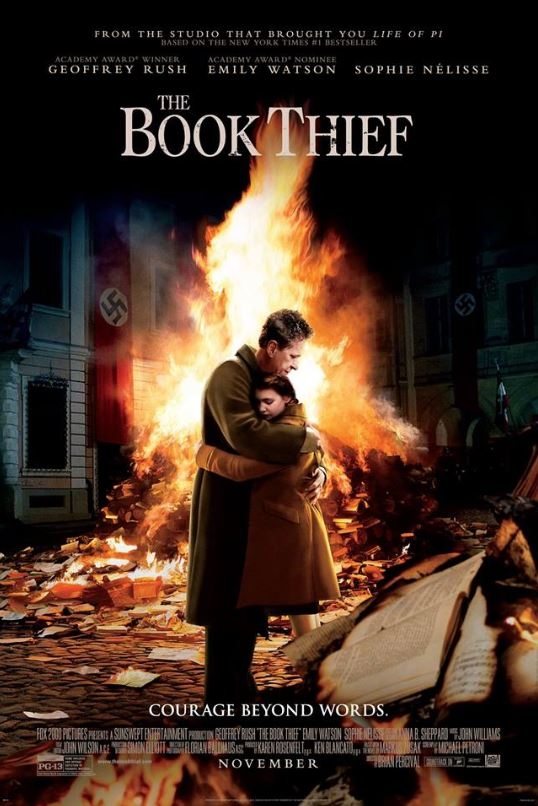 When I had heard that The Book Thief was being made into a movie, I pitied the director who would be faced with the challenge of adapting such a lovely book to the big screen. Markus Zusak’s novel, about a German girl in Nazi Germany is easily one of my top five books of the past decade. It is beautifully written, and stirs the reader in the same way we imagine the main character, a girl named Liesl, is stirred by the forbidden books that she grabs whenever possible. Not only that, it has an unusual narrator framing the whole story: Death himself.

Oh, it is hard to criticize this film. It doesn’t fail. It is sturdy and watchable, and has a fine cast. But when a book makes me soar (and tear up) whenever I think about it (how many times have I loaned out copies, only to not get them back?), I have to hold the film to a high standard. The movie is decent… and forgettable.

Young Liesl (Sophie Nélisse), is, for all practical purposes, an orphan. Her mother has been sent off by the Nazis, under suspicion of being a communist, and Liesl is left in the care of an older couple (Geoffrey Rush and Emily Watson). After being humiliated in her new school for being unable to write her name, Liesl is literally (har!) introduced to literature, painstakingly learning to read with her new Papa, using a book she snatched from a graveyard after it fell out the gravedigger’s pocket.

The Book Thief spans the years of the war, with two major threads: Liesl’s love for books, and the secret that the family shares when a knock on the door comes one dark night. A young Jewish man (Ben Schnetzer) falls into the family’s arms, based on a promise Papa made years ago. Even though Papa and Mama are good Germans, they also know that their version of patriotism does not necessarily align with Herr Hitler, and hiding Max is of course only the decent thing to do.

The film does profess a love of words, books and imagination. But I couldn’t help but wonder what a more imaginative director like Ang Lee could have done with the material. The novel has Death as a narrator, who serves as an all-seeing eye on the characters and their fate. In the film the voice of Death comes into the story sporadically, disappearing from the narration for a huge portion of the film. When death (the event, rather than the character) does come to the story, it is surprisingly sanitized, unfortunately Hollywoodized, and literally bloodless.

I won’t NOT recommend The Book Thief, the movie. It is still a moving story, if a little rambling and earnestly literal on screen. Instead, I’d rather ask that you rush to read the fantastic book that the film is based on… then you will know why you should bother in the first place.

I was happy to see author Markus Zusak in the special features talking about the adaptation of his beloved book. Featurettes also delve into John Williams’ score, the casting (Leisl, aka Sophie Nélisse) is Canadian (!), and the set and costumes. Though the movie was filmed in Germany, the crew couldn’t find the perfect street that looked trapped in time, so they built the entire neighborhood as a set. Still, because of national law, they had to be sure to roll up and put away any Nazi or swastika banners when filming wasn’t occuring. There are also deleted scenes, and trailers. 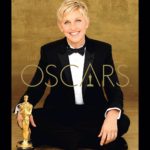 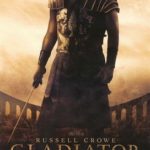