While waiting for the light to change at a crosswalk, do you ever spot an attractive person waiting on the other side of the street, and start to fantasize your future together during your couple minutes of waiting… the flirting, the electricity, the passion, your shared life with The One? The light changes, and The One walks right by you with nary a glance of recognition… and you find yourself thinking, “What if he/she were The One that got away?”
By Lindaon October 5, 2016
0 Comments
Our Rating 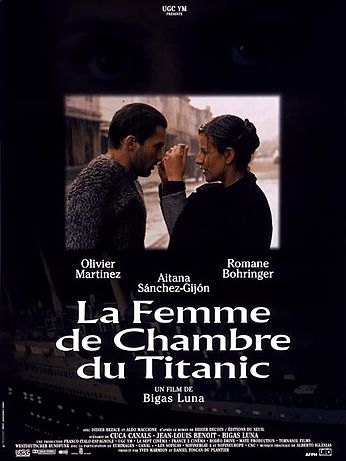 The dreamer in The Chambermaid on the Titanic just happens to be The Most Beautiful Man in the World, French actor Olivier Martinez, who is all the more appealing playing a dreamy romantic. He plays a fellow named Horty who works at a mine in early 20th-century France. He wins a company-sponsored physical contest, the prize being a trip to Southampton, England to watch the infamous steamer ship Titanic set off on her maiden voyage. While in England (his wife stays home… a single ticket was the prize), he shares a bed (with no hanky-panky) with a beautiful French chambermaid who sets sail on the ship the next morning. Nothing happens. Horty goes home.

But when he gets home, his drinking buddies demand a good yarn, so Horty starts to embellish his night with the chambermaid until it becomes a torrid lusty affair. Horty’s storytelling becomes a sensation in town, and when news of the Titanic’s fate arrives, word spreads across the countryside of the stories of this man’s tragic romantic love affair. Soon Horty’s wife shows up to hear some of the story that the people are talking about… her initial anger soon turns to reluctant acceptance (he promises her that the stories are lies), then to ideas of how to make some money off of her husband’s new theatrical talents.

Chambermaid plays like a short story brought to the screen. Not a lot happens, but it is a lovely little film of beautiful cinematography and romantic fantasy. Like a sweet dessert for the art-house crowd, this film is pleasing to the senses and taste buds, without quite being a full meal. But have you ever heard anyone complain about a sweet dessert? I think not. 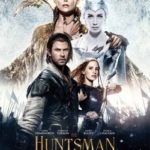 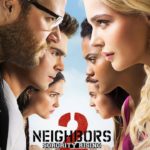