Claim childhood trauma all you want, Bambi is one of the most gorgeous animated films ever made.
By Lindaon March 1, 2011
0 Comments
Our Rating 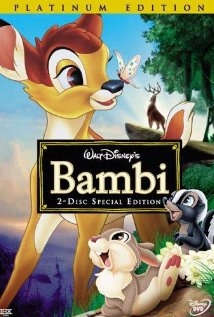 When I finally watched Bambi as an adult, I was struck not only by the beautiful animation, but by the sneakily educational storyline. The film is formatted in a perfect circle-of-life arc that is also mirrored by the seasons. I imagine Walt Disney dividing the creative team into two, “OK, you guys work on the characters of the cute little woodland creatures learning, growing, falling into woodland-creature love, and becoming woodland-creature parents. Now you guys work on creating a perfectly magical visual world that is divided into four seasons. These kids will never know what hit them.”

“Oh, and be sure to shake up the kids a bit by having Bambi’s mom get killed by a hunter. They’ll be talking about that one for the rest of their lives.”

There is really no need to rehash the plot of this one, is there? Bambi is a baby deer born in the forest. Wobbly legs and all, he is the Young Prince of the Forest, and all the woodland creatures gather ’round to ooh and aah. As he awkwardly stumbles through life, learning lessons along the way, he makes friends with such memorable characters as Thumper (the rabbit) and Flower (the skunk), and even bats eyes with a cute little flirty fawn named Faline. The characters are so wonderfully perfect, partly because they were actually voiced by child actors.

Scary stuff happens—including mom’s off-camera slaughter and a frightening forest fire—but seasons change, the critters grow into adult critters, and next Spring all of our favorite characters are all grown up, paired off, and the circle of life begins again. Bambi is really a simple story, but it is so wonderfully told and so gorgeously illustrated that it is, rightfully, a completely timeless classic.

The Bambi Diamond Edition, featuring Blu-Ray, DVD, and Digital copies of the film, is chock full of goodies (I have to say, Disney goes all-out on these editions). The DVD includes a making-of feature, the 1937 Academy Award-wining short “The Old Mill,” deleted scenes, a short with Walt Disney talking about tricks of the trade, and a peek into the Disney archives. The Blu-Ray also includes treats like the deleted song “Twitterpated,” interactive story-boarding with Walt, galleries, more deleted scenes, and more! 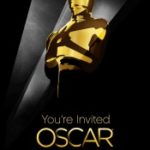