The Endurance is a fascinating, nail-biting, and harrowing documentary of a story that is so incredible that it can only be true.
By Lindaon December 1, 2013
0 Comments
Our Rating 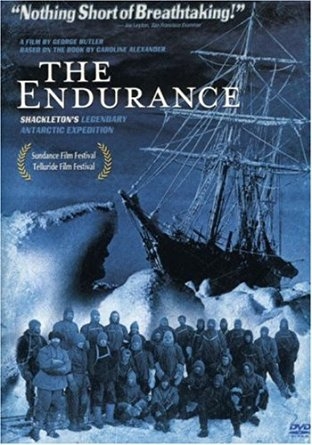 It shouldn’t surprise me that books recounting the true heroic story of Ernest Shackleton’s failed Antarctic expedition of 1914-1916 are becoming popular reading for corporate executives. After all, it is an astonishing tale of leadership; where an explorer managed to keep his entire crew of 28 men alive for two years, trapped in the Antarctic ice and desolation. The fact that the crew didn’t snap is almost entirely credited to their literally fearless leader Ernest Shackleton.

Luckily for history buffs, the expedition was very well documented, both in still photos and amazing silent film footage by crew photographer Frank Hurley. The ship, aptly named Endurance, became trapped in pack ice, only 100 miles (or one day’s journey) from the coast of Antarctica, where the expedition planned to attempt the first successful traverse of the continent. For 10 months, the ship remained locked-in, helpless against the shifting ice floes, until it was finally crushed. The crew, then camping out on the ice itself, drifted on the floes for several more months, until they were finally forced onto their small lifeboats to search for land as the ice gave way beneath them. Ending up on remote and desolate Elephant Island, the men camped out on a shelterless beach when Shackleton took a few men and went for help in one of the small boats. Oh, did I mention that help was 850 miles away across open stormy water? And that is just part of the story!

For this documentary, director George Butler (who also made the recent IMAX film about the same expedition), retraced some of the steps of the original expedition. The film takes us back to Elephant Island, for instance, which doesn’t look any more hospitable now than it did then. The story is narrated by actor Liam Neeson in his gentle Irish brogue, which is fitting since Shackleton originally came from Ireland. Other actors narrate in voiceover snippets of diaries, letters, and writings of other crew members, giving a more well-rounded perspective. The Endurance also has a surprisingly memorable soundtrack by Michael Small—cold and desolate, but haunting at the same time.

Though the film could have benefited from more information about what was going on with the men when Shackleton wasn’t around (like when the majority of the men were waiting for Shackleton’s return when he went to get help), I understand the director’s intention of focusing on the leader himself. As it stands, The Endurance is a fascinating, nail-biting, and harrowing documentary of a story that is so incredible that it can only be true. 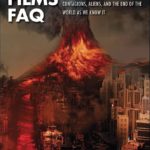 PreviousArmageddon Films FAQ: All That’s Left to Know About Zombies, Contagions, Aliens, and the End of the World as We Know It!NextEight Below 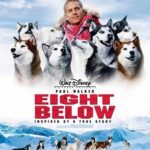