There is a certain justice in stealing from the rich to give to the poor, and in The Entitled, justice is most certainly served.
By Jenniferon February 5, 2013
0 Comments
Our Rating 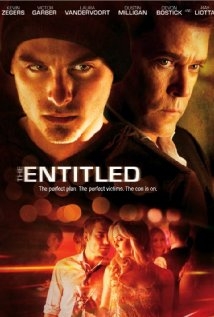 Why does it always seem that bad things so often happen to the people who are least able to handle them? Maybe you’re struggling by on a limited income or you lose your job entirely, and then a health crisis occurs, and the next thing you know you’ve spent all of your savings on medication and your home is in foreclosure. Such is the case for Paul Dynan (Kevin Zegers), whose mother is ailing and in the process of losing her home.

Having grown up watching wealthy families wallow in privilege and good fortune, Paul can’t help thinking it would be all too easy to take a piece of the pie for himself.  After all, the kind of money he needs would never be missed by a millionaire, and a little kidnapping/ransom scare might just teach these chosen few a lesson in humility. After enlisting the aid of two accomplices, Paul masterminds the kidnapping of three entitled children of very wealthy parents. They’re his own age, so it’s not like he’s scaring the dickens out of toddlers, and really, they’re just pawns to him: he knows that no one is actually going to get hurt.

Unfortunately, Paul has employed two loose cannons who aren’t quite so restrained. Soon the situation is spinning out of control.  With one of the hostages dead before his father can even be informed of his abduction, it’s clear that things aren’t quite going to follow Plan A. As the fathers (Ray Liotta, Victor Garber, and Stephen McHattie) desperately attempt to rally their resources, we soon learn that the entitled may not have it quite as good as we think. Chaos ensues, but Paul remains one step ahead of the game. This ransom money means the world to him, and he’s not about to let anyone stand in his way.

Though the film gets off to a slightly scattered start, it’s not long before it’s off and running. Tensions run high for the remainder of the movie, making for an edge-of-your-seat viewing experience. Though I certainly can’t stand behind Paul’s actions, there’s a satisfying Robin Hood element to the film that most viewers will be able to relate to. There is a certain justice in stealing from the rich to give to the poor, and in The Entitled, justice is most certainly served. 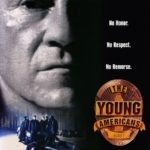 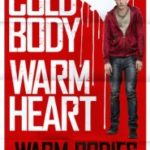