The Girl in the Spider’s Web

A tiresome and at times laughable exercise in bad casting and lazy writing, this newest installment in the Lisbeth Salander saga – and the first based on a book not written by Dragon Tattoo author Stieg Larsson – is a limp, dull would-be action-thriller that’s devoid of thrills and features a central character who feels like a meek shadow of her former big-screen self.
By Vickieon March 19, 2019
0 Comments
Our Rating 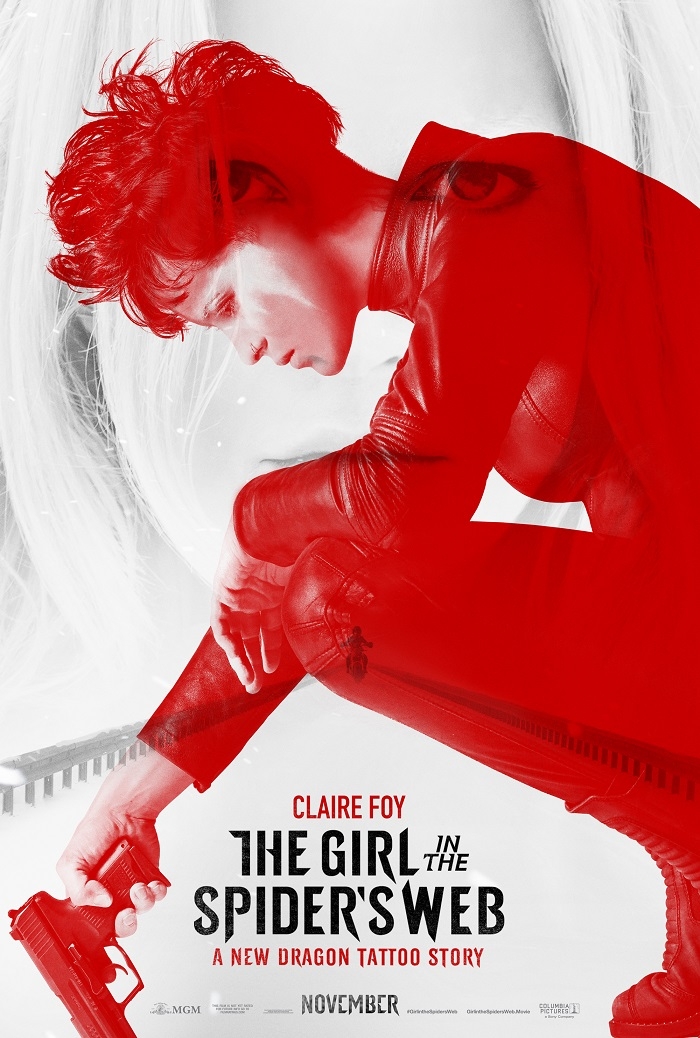 In this outing, Claire Foy slips (unconvincingly) into goth über-hacker Lisbeth’s tats and piercings, lacking any of the edge with which Noomi Rapace infused the character in the original Girl films. Where Rapace’s Lisbeth – and even, to some extent, Rooney Mara’s later, if less-successful, interpretation of the character – was all unflinchingly steely determination and icy glares and almost robotic execution of vengeance, Foy’s Lisbeth looks worried and afraid all the time, with a perpetually furrowed brow, as though she might start crying at any moment. What the what? This is supposed to be the vigilante who strikes fear into the hearts of men?! Pffft. She might as well be called “Lisblah.”

Lisbeth is hired by a former NSA agent (Stephen Merchant) to retrieve and then destroy a top-secret bit of super-dangerous software he created, which grants its user control of every missle system on the planet. Sort of snooze-worthy, given the far scarier capabilities of modern technology, but whatever – she takes the job, and soon finds herself in the crosshairs of a bunch of angry Russians who want the software before Lisbeth can scrub it. Along the way, we catch up with the only character in this film who’s flatter and less interesting than Lisbeth: journalist Mikael Blomkvist (Sverrir Gudnason), who now looks the same age as Lisbeth, regards her with puppy-dog eyes every time he looks at her and really serves no purpose in this narrative except to remind audiences that he exists. Oh, and as the trailers have long ago strongly hinted [POTENTIAL-SPOILER ALERT, SO SKIP TO THE NEXT PARAGRAPH IF YOU’RE WARY]: we also get to meet Lisbeth’s long-lost sister, Camilla (Sylvia Hoeks), an antagonist so hilariously (and, I suspect, unintentionally) campy and over-the-top that she seems like she parachuted in from a 1970s-era James Bond movie.

Most of Spider’s Web is made up of fight or chase sequences, which grow repetitive and feel derivative despite director Fede Alvarez’s attempt to mimic other better films from other better directors. There are the requisite artsy shots that lend themselves more to eyerolls than oohs and ahhs – Lisbeth inexplicably perching herself in a spherical window in a packed club being my personal fave – and what little dialogue there is all sounds clunky and lame. I found myself snickering more than once at lines that were probably not meant to elicit laughs.

The film’s biggest problem, though, is its casting – or miscasting, as it were. From Foy to Gudnason to Hoeks and all points in between, no one seems like they should be playing the roles they were assigned. Even the usually entertaining Lakeith Stanfield is stuck in a thankless role as another NSA agent on Lisbeth’s trail. As an aside: someone somewhere thought outfitting him in a pair of 1980s-esque gold-framed glasses would be a way to make him seem believable as a tech nerd, but all it did was make me go, “OMG, those glasses are terrible and clearly only on his face because someone somewhere thought he needed them make him seem believable as a tech nerd.” Note to wardrobe: the glasses were unnecessary and distracting.

Overall, the whole thing was disappointing. There’s no weight or power or depth to any of the performances or proceedings, and certainly no edginess or risk. Everything and everyone caught in this Spider’s Web feels painted with the same brush of mediocrity and blandness. Yawn. 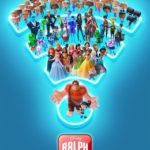 PreviousRalph Breaks the InternetNextThe House with a Clock in Its Walls 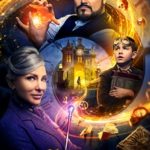