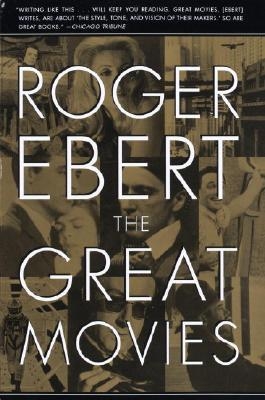 OK, I’ll say it right now: Roger Ebert inspired me to become a film critic. In junior high and high school, I would stay up late to watch Siskel & Ebert (or whatever the latest incantation of their long-running syndicated movie review show was called at the time), not only to get the latest scoop on new movies, but to see Ebert and his long-time reviewing partner Gene Siskel rip each other a new one on TV. It didn’t really matter to me whether they liked a film or not, but they exemplified that arguing for or against a film was half the fun of going to the movies. Though Siskel is now gone (his death a couple years ago was somehow like losing a friend), Ebert is still going strong, writing his column for the Chicago Sun-Times, and continuing his weekly review show with his new partner Richard Roeper.

What I enjoy about Ebert is that he is never apologetic about his opinions. He never waffles in an argument, and never backs down from his personal views. I may not always agree with him, but I appreciate his plain-language, unpretentious reviewing style, and his obvious—and still seemingly untainted—love of the movies.

In his latest essay collection, The Great Movies, Ebert has gathered his writings on 100 great movies that he thinks “deserve wider attention.” I’d argue that including perennial critic faves such as Citizen Kane, Apocalypse Now, Taxi Driver, City Lights, 8 1/2, Battleship Potemkin, and 2001: A Space Odyssey is a bit redundant. Wider attention? As if these films have never made critics’ lists before!

But what makes Ebert’s book a fun read is his inclusion of some surprises. He is not snobbish enough to dismiss such popular popcorn films as E.T. The Extra-Terrestrial and Star Wars, for instance. Of the latter film, he writes: “If I were asked to say with certainty which movies will still be widely know a century or two from now, I would list 2001, and The Wizard of Oz, and Keaton and Chaplin, and Astaire and Rogers, and probably Casablanca… and Star Wars for sure.”

He also sometimes doesn’t choose what would seem to be the obvious: Instead of Disney’s Fantasia or Snow White and the Seven Dwarfs, he chooses Pinocchio. Instead of Hitchcock’s Rebecca or North by Northwest, he selects Notorious, starring Cary Grant and Ingrid Bergman. And then there are the films I’ve never even heard of (and I consider myself pretty film-savvy), such as Ali: Fear Eats the Soul, Floating Weeds, Pickpocket, and Broken Blossoms.

But where Ebert hits the target on my movie-loving heart is his inclusion of films that I personally hold dear. There’s Krzyzstof Kiezlowski’s outstanding 10-hour film The Decalogue (each hour based on one of the Ten Commandments), which showed on Polish television in 1988, and has only been widely available in North America on video and DVD in the last couple of years. There’s Wim Wenders’ Wings of Desire, a film that so moved me that I went and sought out a drab public library in Berlin, just so I could sit, clutching myself with pleasure that I was in one of the locations featured in the film. Shoot, he even includes my beloved Gone With the Wind, which is one of those films that often gets dismissed as a great movie simply because it was so hugely popular.

But probably the most wonderfully surprising inclusion in The Great Movies is Errol Morris’ relatively obscure 1978 documentary Gates of Heaven. Ebert says in the book’s introduction “[This] mysterious masterpiece has suffered all of its life because people think they don’t want to see a documentary about a pet cemetery.” I saw Gates of Heaven a few years ago, on a friend’s fervent recommendation that I, of all people, needed to see it. It was quite difficult to find (lets just say it is not on the Blockbuster Hot Picks shelf). Ebert writes of the film, “I have seen this film perhaps thirty times and am still not anywhere near the bottom of it. All I know is, it’s about a lot more than pet cemeteries.” I love it!

Whether you agree with Ebert or not, The Great Movies makes a fun read for any film fan. The brief 4 to 5 page essays on each film offer enough historical tidbits, trivia, and commentary to give you new insight on films that you’ve seen, or spark curiosity to search out the films that you haven’t. Ebert never calls this list a definitive list of “the” 100 best films, implying that there is more to come. I, myself, look forward to The Great Movies: Volume Two. 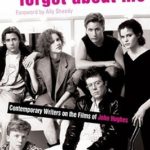 PreviousDon’t You Forget About Me: Contemporary Writers on the Films of John HughesNextThe Ruins (Book) 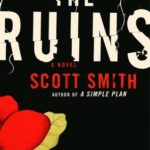