Armageddon Films FAQ: All That’s Left to Know About Zombies, Contagions, Aliens, and the End of the World as We Know It! 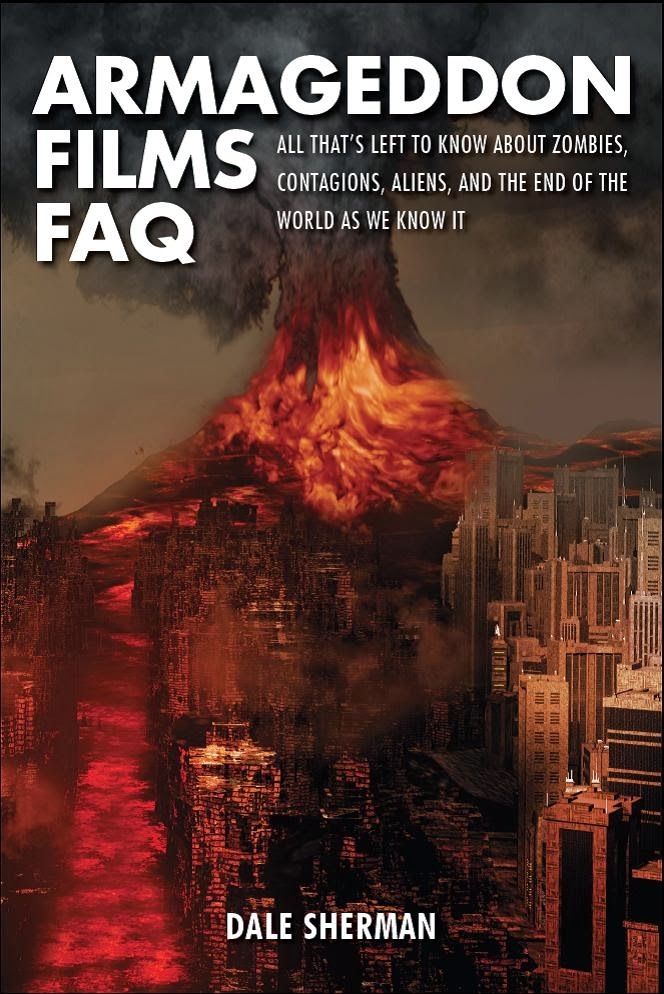 People who know me well know that I love me a good disaster movie. Sometimes I even love me a BAD disaster movie, like The Day After Tomorrow. I don’t care how implausible it is that Dennis Quaid can walk on snowshoes, from Philadelphia to New York City, surviving face-shattering freezing weather, wolves, and collapsing shopping mall roofs… in order to find his son instantly among millions of disaster refugees. I don’t care because I LOVE IT!

So, Armageddon Films FAQ, a disaster-spanning book about all the things we fear and love in the movies, totally was right up my alley. Author Dale Sherman says right off that his readable reference tome is by no means meant to be all-inclusive. Be warned, he also points out that the book is full of spoilers. After all, it is kind of tricky talking about movies with end-of-the-world-as-we-know-it themes without talking about how the world ends.

That said, the book is written in a conversational tone, rather than as a list. Chapters are themed, discussing various motifs that Sherman decided would fit into the armageddon umbrella. For instance, there are chapters on contagions, zombies, and ecological disasters; movies where technology takes over; and of course a focus on nightmare-inducing nuclear dramas (a favorite of kids coming of age in the 80s like me).

I wanted to test the nuclear chapter’s depth by looking up what I think is a relatively obscure film from 1988: Miracle Mile starring Anthony Edwards and Mare Winningham. The two meet cute and look forward to seeing each other again, but unfortunately their first date ends up being the same night that nuclear warheads are launched, which Edwards is (un)lucky(?) enough to learn firsthand by picking up a pay phone, ringing with a wrong number. Indeed the film is mentioned (along with other traumatizing 80s films like Testament, The Day After, and When the Wind Blows). It actually shows up on four (!) pages, and is lumped in the sub-genre of nuclear war films where “… The only fortunate thing for the characters is that such moments of fear are fleeting, as their doom will be at hand within minutes.”

Since an “armageddon film” is basically an endlessly flexible theme (“the world is doomed—then boom—the end”), Armageddon Films FAQ narrows the focus down. For instance, the disaster has to be the theme of the whole movie, rather than just a climactic arc (hence no WarGames or any of about “five gazillion espionage movies” where the world is under threat from missiles being launched by a bad guy). Even some disaster movies are purposely omitted, when, say, only one city like Los Angeles (in Volcano) is destroyed vs. the whole world.

Still, with movies about “rogue computers, uptight aliens, plunging space objects, crazed animals, Satan, God, [etc.]” there are plenty of fun (and serious) depths to plumb. Armageddon Films FAQ doesn’t claim to be the end-all-be-all comprehensive reference guide, but it will certainly give you rental ideas for your next armageddon-themed movie night. 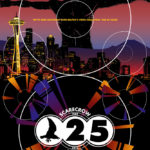 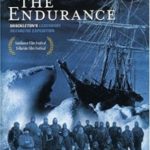