The Legend of Tarzan

Though this Tarzan tries to insert some political and cultural backdrop into the story to give it a little heft, it still remembers to give us what we really want: A ripped, shirtless Tarzan swinging through the trees.
By Lindaon October 16, 2016
0 Comments
Our Rating 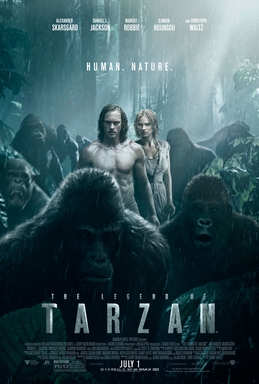 I think the screenwriter of this film must have read the bestseller King Leopold’s Ghost, which describes in fascinating and appalling detail the Belgium monarch’s greed-driven pillaging and exploitation of Africa’s Congo in the late 19th century. This provides the set up for this version of Legend of Tarzan. The Earl of Greystoke, aka John Clayton, aka Tarzan (Alexander Skarsgård) is in dreary England living his life as a reluctant lord with his supportive and shiny American wife of several years, Jane (Margot Robbie), when he gets a meeting request from a curious American diplomat named George Washington Williams (Samuel L. Jackson). Williams, a black Civil War veteran, wants to go to the Congo to investigate the suspicions that King Leopold is raping the land and enslaving the people, but he needs John’s help to go deep into the jungle to see for his own eyes. So they are both surprised when they get a formal invitation from the King himself to visit the Congo. John and Jane see it as an opportunity to go home.

You know that when the African Congo is filmed in gorgeous gold and green compared to the dull grey and blue of England that John Clayton will soon rip off all his clothes and go running into the bushes, and really, that is what we all want him to do. But there is of course a menacing backdrop. This isn’t going to be just a friendly visit, of course, because there is a moustache-twirling bad guy in white suit (Christoph Waltz) who wants to trade John Clayton to an African warlord (Djimon Hounsou) in exchange for piles of Congolese diamonds. John manages to keep it together until he realizes the danger to him, Jane, and his ape and human family… THEN he rips off all his clothes and runs into the jungle.

The Legend of Tarzan, at many points, sparks with potential. I liked the political backdrop of the story, which lent a massive looming dread to the proceedings (replete with ships of mercenary soldiers off the coast that are thwarted by thundering wildabeasts thundering through the port town). Some of the action scenes are quite thrilling (the face-offs between grandstanding apes and humans, and the requisite vine-swinging). But then it gets bogged down by a kind of lame, typical villain (Waltz seems like he copied Paul Freeman’s white-suited baddie from Raiders of the Lost Ark, down to trying to woo the spunky “I’m not a damsel” damsel with a fancy meal) and the African tribe subplot that is distracting, undeveloped, and ends up falling flat.

If I can say one thing about Tarzan: He sure is pretty. I won’t pretend that things don’t pick up as soon as Alexander Skarsgård takes off his shirt, because come on people: eye-candy never hurts anyone. Sure, Tarzan’s character development is relegated to flashbacks and he is a man of few words, but we aren’t here to listen to him talk. When the action finally picks up, The Legend of Tarzan is a relatively entertaining cotton candy flick.

The 3-D Blu-ray, Blu-Ray Combo Pack, and DVD editions of The Legend of Tarzan all include the following making-of featurettes: “Tarzan Reborn”, “Battles and Bare Knuckled Brawls”, “Tarzan and Jane’s Unfailing Love”, “Creating the Virtual Jungle”, and “Gabon to the Big Screen”. A “Stop Ivory PSA” is also included. 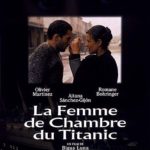 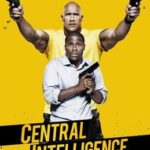