Just having Dwayne Johnson and Kevin Hart stand next to each other is funny. But who knew they’d be such a great comedy team?
By Lindaon October 17, 2016
0 Comments
Our Rating 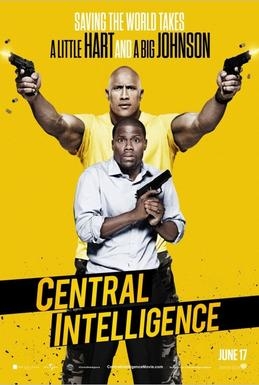 I’m pretty sure that moviegoers of all persuasions and sexes have a collective cinematic crush on Dwayne “The Rock” Johnson. Shoot, how could you not? A towering, handsome guy with blinding white teeth and hams for biceps, he has that rare charisma that burns through the screen. He can play strong and noble, but is also a deft comedian that is not afraid to poke fun at himself.

Then there is Kevin Hart, a tiny man, with a bit of a hysteric comedy persona. I don’t know who would have thought to put these two together… physically, when they are next to each other, they instantly look kind of ridiculous (as would most people next to Johnson, now that I think of it). Visual comedy is one thing, but somehow this odd-couple pairing totally works.

Kevin plays Calvin, who was the most popular kid in high school. Students and teachers loved him, and he was voted most likely to succeed. But 20 years later, despite being married to his hot high school sweetheart who is a high-powered lawyer, he feels like an underachiever. An accountant, he looks back on high school as his glory days and dreads the looming 20 year reunion. But then Calvin gets an odd friend request on Facebook from one Bob Stone. Turns out Bob is the fat kid Robbie from school, the geek that got tossed naked into the middle of a pep assembly by the school bullies. Calvin barely remembers Bob… especially when he sees that he has grown into towering muscular Dwayne Johnson, but Bob remember Calvin as the only person who was nice to him in school. (D’aw!)

Bob is not only a towering hunk, but he is also now a man of mystery with fierce fighting skills who happens to be in the CIA. Bob supposedly needs Calvin’s help to untangle some international accounting scheme, which sounds benign enough until people in black storm into Calvin’s office, guns a-blazing. When Calvin thought his life was boring, this isn’t exactly what he was hoping for in exchange.

Central Intelligence, with it’s over-the-top fish-out-of-water premise works because of the chemistry of the two leads. Kevin Hart plays the first half remarkably toned down, he initially seems to be the straight man in the situation, playing to Johnson’s earnest, seemingly do-gooder agent. But when shit hits the fan, Hart’s heightening hysteria becomes, well, hysterical. He is not only a relucant partaker in the chaos, he actually states repeatedly that he wants nothing to do with any of it. Not that Bob Stone would ever take no for an answer. And while The Rock plays badass so well, his Bob Stone, with still-raw wounds hides a wounded soft side that is simply adorkable.

Johnson and Hart are an unlikely comedy team, but they are a team that surprisingly works. Central Intelligence is a typical mismatched buddy movie, but if these two showed up to make a sequel, I’d totally show up to watch it.

Extras on the Blu-ray release include commentary by director Rawson Marshall Thurber and editor Mike Sale, plus Alternate Scenes, Line-O-Rama, a Dance Off (featuring the real guy who was Johnson’s body double in the high school shower scene), a gag reel, and the trick behind the Couch Time Lapse scene. 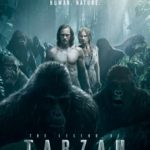 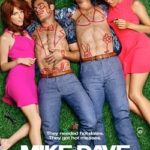