If I’m going to watch a drama of photo-realistic animals, I’d rather watch a BBC nature documentary.
By Lindaon November 8, 2019
0 Comments
Our Rating 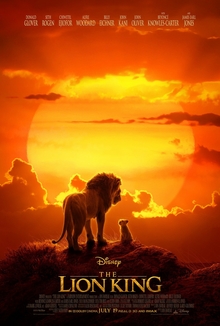 I have to admit, I thought the original Lion King was kind of terrifying. The way Scar orchestrates King Mufasa’s death is terrible and upsetting to watch, and there just seemed to be a whole lot of meanness for a so-called family movie. And let me clarify that I was an adult when I saw it. Needless to say, I wasn’t clambering to see a new one.

If you loved the original, you will probably like this version, too, because except for the photo-realistic animation, it is weirdly exactly the same film. But this time around, you have fur blowing in the wind, a beetle rolling a ball of dung, and a little mouse skittering along a rock (before being squished by the evil paw of Scar). It all looks really cool but is strangely soulless in its attention to these kinds of details.

The plot remains the same: Lion King Mustafa (again voiced by James Earl Jones) and Queen Sarabi (Alfre Woodard) present their new “son” and prince Simba (JD McCrary, then Donald Glover). Mustafa’s creeper brother Scar (Chiwetel Ejiofor) is jealous for the throne, so orchestrates the death of Mustafa (because Disney loves to kill off parents!) and the exile of young Simba. The question is, will Simba return to his homeland as an adult to reclaim his crown as King from the undeserving and evil Scar? Well, what do you think?

One of the problems with this story is that Simba himself is kind of dull. He really only “deserves” the crown by birthright, but otherwise doesn’t seem very suited or deserving to be the default leader (he agrees that he is no Mustafa). Shoot, his lion-girlfriend Nala (Beyoncé) has a lot more spark and wiles but is relegated to supporting his reluctant quest. I never felt that invested in Simba’s goal. It didn’t help that Glover and Beyoncé, despite being talented singers (and in Glover’s cast, an on-screen actor), aren’t particularly dynamic as voice actors.

Case in point: The movie springs to life at various random points based entirely on the actor behind the character. Lupita Nyong’o kills it as the terrifying leader of the hyenas on the outskirts of the kingdom. And Seth Rogen and Billy Eichner single-handedly (double-handedly?) save the movie from being a true snoozer when they show up as comic relief. If there is to be a spinoff (and I would never doubt that of Disney), it should focus on Pumbaa the warthog (Rogen) as Timon the meerkat (Eichner). Heck, when Timon begins to sing a song from Beauty and the Beast, even I laughed at the sly reference.

But even though the movie looks great, and so close to the “real” thing, I couldn’t help but wonder what the point was. The original film is a Disney classic (for those who love it at least), and Disney’s pillaging and remakes of their catalog kind of reek of the scandal that colorization of black and white films caused a few decades ago. Why tinker with classics? I’d be curious if Disney can use this technology to come up with something new and fresh. In the meantime, if I want to watch photo-realistic drama of critters, I’ll stick to Richard Attenborough’s BBC nature specials.

Director Jon Favreau does a feature commentary, focusing on the latest on digital animation, plus there is a three-part documentary about the making of the film, The Journey to The Lion King. If you like the music, there are also music videos, and a sing-along karaoke subtitle option, among other extras. 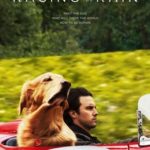 PreviousThe Art of Racing in the RainNextFord v Ferrari 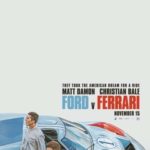