Fluffy and fun, this modern-day sex comedy finds two couples navigating uncharted territory after a casual dinner party morphs into a night of confession, exploration and revelation.
By Vickieon July 12, 2016
0 Comments
Our Rating 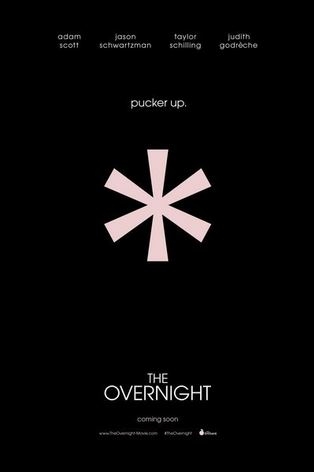 Set in Los Angeles, the film centers on Alex (Adam Scott) and Emily (Taylor Schilling), a newly-transplanted-from-Seattle husband and wife who, along with their young son, are trying to adjust to life in their new home. A chance encounter at a local park introduces the pair to Kurt (Jason Schwartzman), a colorful, whimsical and hugely engaging fellow parent with whom they instantly hit it off. He invites them to a pizza dinner that night at the palatial home he shares with his wife, Charlotte (Judith Godrèche), and – eager to make new friends – they happily agree, deciding that they’ll “go home early” if the evening turns out to be a dud.

Instead, the foursome opt to tuck their kids into bed and then keep the party going. Bottle after bottle of wine is uncorked – and, quickly, so are inhibitions. Sensing things might be venturing down a swinger-y path, Alex and Emily try (rather unsuccessfully) to steel themselves… but über-likeable Kurt easily, and lovingly, sucks them into his decidedly weird (he paints portraits of anuses and Charlotte stars in breast-pump videos) but kind-of-exciting (everybody get naked!) vortex of openness.

Buoyed by a winning cast, The Overnight unfolds a bit like a really, really long and drawn-out and kooky foreplay session, with the sexual tension between all parties rising nicely notch by notch with each passing scene. Who’ll hook up with whom? And when? And where? Or will the whole thing end the way Alex and Emily’s typical lovemaking does: in hurried disappointment. The fact that the answer is never telegraphed throughout the proceedings makes them all the more interesting to watch.

As the instigator, Schwartzman has never been more appealing – it’s no mystery why anyone would fall under his charming spell and happily agree to whatever bizarre activity he proposes. Scott and Schilling make for an ideal “uptight… but not unwilling” duo, and their gradual expanding of their boundaries is totally believable. The only weak link in the chain is Godrèche, who doesn’t really have great chemistry with any of her castmates. Hers is a role that, several years ago, would have had Julie Delpy written ALL over it (and, to that end, would have made for a much stronger performance).

Skimming the surface of the nature of connection and relationships, The Overnight never gets too deep or too outrageous. Much in the same way its subjects do, it tiptoes the line between risky and safe, but the result is nonetheless very entertaining to watch.