My Summer of Love

A better name for this film might have been The Summer of My Discontent.
By Vickieon October 16, 2013
0 Comments
Our Rating 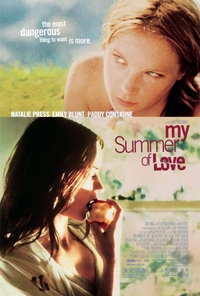 For, despite its placement in assorted gay and lesbian film festivals, its heaps of accolades and shelf full of awards, this moody British drama doesn’t really reflect its title. It’s not so much about love or two girls coming to terms with their sexuality as it is about a pair of bored teenagers who develop a rather bizarre relationship that smacks of Heavenly Creatures Lite. (Fear not. No mothers were killed in the making of this movie.)

The two teenaged girls in question are freckly Mona (Natalie Press) and exotically monikered Tamsin (Emily Blunt). Working-class Mona is being raised by her older brother, Phil (the always delightful Paddy Considine), who’s recently become an intensely religious born-again Christian. She wiles away her hours having empty sex with a sweaty married man in the back of a decidedly tiny car. Classy! Tamsin, meanwhile, is a wealthy lass, who’s staying at her absentee parents’ giant mansion over the break from her boarding school. She passes her time doing fancy things like riding horses, listening to opera and pretentiously quoting Random Deep Thinkers to sound sophisticated. Both young women are lonely. Both are tired of the status quo of their lives. So they begin to bond over, it seems, their mutual dissatisfaction and general ennui.

What appears, on the surface, to be the makings of a sweet “gay girls in love” story turns out, as mentioned, to be something else. As Mona and Tamsin grow closer, Phil becomes increasingly concerned. Tamsin also appears to be mildly bi-polar, going from seductive to dismissive in the blink of an eye. And Mona? Heck, Mona’s just a screwed-up kid. There’s little romance in My Summer of Love, but plenty of romanticizing—both on the part of the filmmakers and the characters involved in the story. The idyllic summertime world that Mona and Tamsin create for themselves is, not surprisingly, too good to be true.

Credit goes to the two young actresses for their good (but not great) performances, with Blunt creating a nicely alluring vixen and Press carving out a convincingly directionless character who falls victim to the lure of acceptance and affection. Paddy Considine is also good, and the hidden rage that always seems to lurk beneath the surface of his onscreen alter egos (see: A Room For Romeo Brass. Yikes!) simmers perfectly.

But here’s the thing: the film left me unimpressed, overall. Yeah, it’s pretty to look at, but the core plot was lacking. I felt cheated, somehow. I realize there’s more going on the film than what I’ve outlined above, and I’m also aware that much of the subtext of the film goes deeper than just the misadventures of two confused girls. But presenting a film as one thing and having it actually be something else proved frustrating for this filmgoer. My dissatisfaction stems largely from the fact that this is yet another entry in the “experimenting only, please!” genre of girl-girl movies, and that the conclusion of the story feels like a major cop-out on the part of the filmmakers. 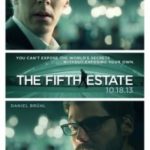