The Space Between Us

I know tweens that could spot the holes in this plot a mile away. That said, tweens also might find the charm in this story of a boy who fell to Earth.
By Lindaon February 3, 2017
0 Comments
Our Rating 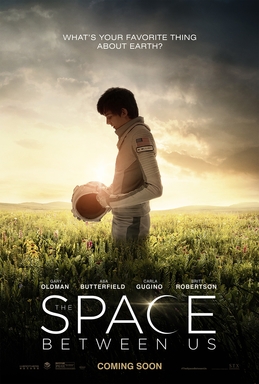 Asa Butterfield has the biggest, roundest, child-like blue eyes, which is his blessing and curse. As a child actor in movies like Hugo and The Boy in the Striped Pajamas, this sold his innocence. Now a teenager, his guileless gaze works as a teen born on Mars who visits Earth for the first time to find his father. Gardner Elliot (Butterfield) was born on Mars by accident, and his existence is top secret as NASA’s doctors kind of royally screwed up giving their lone female Mars explorer astronaut a pregnancy test when she got on the launch pad for a four-year tour. They astronauts barely get to Mars before Sarah Elliot dies in childbirth. Now what.

Jump ahead 16 years later, and Gardiner lives and works at the bustling Mars settlement, but yearns to go to Earth to find out more about his dead mother and find his father. Oh, yeah, there is a girl that he has been chatting with online. She calls herself Tulsa (Britt Robertson) and it is cute in a pissed-off “rebel” teenage girl way. He’d like to meet her, too.

The Space Between Us depends on the believability of a character like Gardiner. When he makes it to Earth, he looks at everything with wide-eyed wonder and surprise, despite the fact that he apparently has been using social media for years and watched movies like Wings of Desire on Mars. Basic social interactions come off as awkward and rehearsed, because I guess scientists on Mars have no social skills to teach a young man. But what Gardiner doesn’t know is that he won’t be able to survive in Earth’s atmosphere for long, which is why there are scenes interspersed with NASA official Gary Oldman and friendly astronaut Carla Gugino chasing the young couple across the continent as they search for clues to Gardiner’s story.

Anyway. Yeah, there are some notably weird things about this film that caused the audience to laugh at it rather than with it. Like why would a biplane that is out of oil blow up in a fiery inferno when it crashes into a barn? Why would you fly from Florida to Colorado in a helicopter if you were trying to get there fast? And why does Gary Oldman look exactly the same after 16 years, including his (admittedly foxy) hair and his glasses?

For all of its flaws, including using way too many forgettable pop-songs as story filler (think they are trying to sell soundtracks?), The Space Between Us has its charms, namely the sweet performance of Asa Butterfield. The times I genuinely giggled and maybe got a little something in my eye at the end were because of his performance. It is a silly movie, but will probably find some fans that are willing to suspend some zero-gravity disbelief. 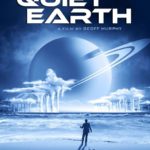 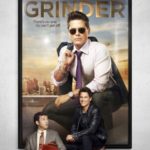