Let’s just say the producers of the Twilight series know their audience. With the immediate super-stardom of Robert Pattinson (even before the first movie hit the theaters) and the screaming throngs of teenage girls (and unashamed adult women) creating shrines to the swooningly hunky vampire, the movie producers have a lot of lusty females (and I’m sure males) to appease in the upcoming sequel.

So, teasers for the next film (which is scrambling to make a quick-turnaround November 2009 release)—The Twilight Saga: New Moon—are trickling in, including the first official beefcake shot… I mean promo shot of the Wolf Pack. Niiiiice… First I thought that Taylor Lautner’s Jacob was front and center in this shot, and I was just about to be impressed by proof of his much-needed bulking up for his character’s New Moon tranformation. But apparently Lautner’s morph from scrawny teen to 6-foot lycan is still under wraps. (Protein shakes, boy, protein shakes!) 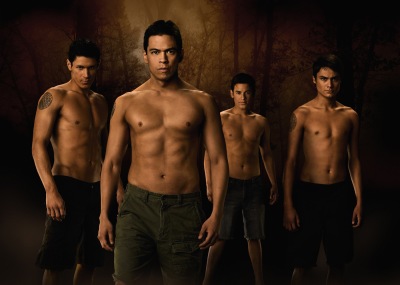 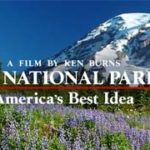 PreviousNext up for Ken Burns – The National Parks: America’s Best IdeaNextWishful Drinking: Carrie Fisher tells all! (and boy, does she!) 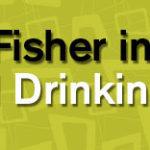