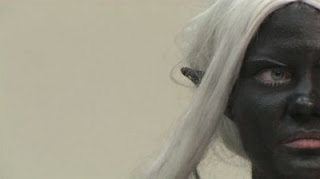 Today marks mine and Dan’s final day of TIFFing for 2008. We’re heading back to LA tomorrow morning, and saw only one film this afternoon: The Dungeon Masters (6/8), a documentary about the everyday lives of “Dungeons & Dragons” gamers.

It was, first of all, an INCREDIBLY good-looking movie, almost distractingly well-photographed and edited (I mean that as a major compliment). The Dungeon Masters begins at an annual D&D convention in Indiana, and follows three gamers through the ups and downs of their private lives in the following year. However, it might be misleading to include the “ups” part of that statement, since their stories are awfully depressing.

The film’s primary mission was to portray these people with respectful interest, as opposed to poking fun at them (which, let’s face it, would be the easy route). And don’t get me wrong, the filmmakers maintain the perfect level of objectivity throughout the movie without losing sight of the inherent absurdity involved… but overall, to me, these were sad stories about people struggling to function in the ordinary world. Their real-life triumphs were touching, but it was a little awkward that the film confirmed (at least in these three cases) what you might have already guessed about the lives of D&D gamers.

Nevertheless, The Dungeon Masters was immensely enjoyable and I truly felt affection for the gamers featured. The director, editor, and producer all stuck around for a Q&A, during which Patton Oswalt raised his hand and asked a question! It turns out he is good friends with Keven McAlester (the director), and his question was totally (and hilariously) facetious. I was just thrilled to bring my TIFF ’08 celebrity sighting tally up to 2.

Speaking of celebrity sightings, I need to mention the fact that, all week, Dan and Vickie and I have been on a mission to find Jessica Biel. Her new movie, Easy Virtue (in which she plays a glamorous American divorcee named Larita Huntington) was having its premiere at this year’s TIFF, presenting a really good chance to get an autograph or punch her in the face or otherwise show our appreciation for her body of work.

Alas, no Biel sightings were in the cards for us this week, although Vickie watched news footage of Biel arriving at the red carpet, and Dan and I visited the very spot where the premiere took place a few hours after it was over (we were seeing a movie when the red carpet event actually took place, so we couldn’t even join the gawkers). Apparently Colin Firth (Biel’s co-star) also attended the screening. He’s pretty cool, but has he ever dressed up as Catwoman in a gay Adam Sandler movie? I don’t think so. 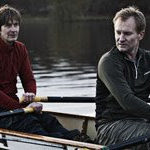 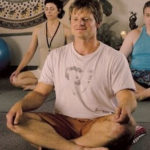