By Vickieon September 9, 2008
0 Comments
Our Rating 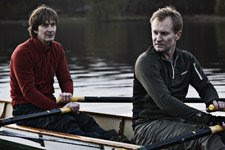 Okay, I thought maybe I was alone, but it seems like EVERYONE has noticed the serious lack of line management at the AMC theater… specifically, the ease with which line-cutters are joining in-going ticketholders and jumping the queues time and time again somewhere between the street-level doors and the entrance to the cinemas. This morning, I listened to one irate filmgoer going on and on about how ridiculous it is, and wondering aloud why his complaints to the AMC and TIFF staff have, thus far, gone unaddressed.

Yes, I understand that figuring out a new plan at this point in the festival may be impossible, and we may just have to deal with losing seats to folks strolling up the escalators from Harvey’s, but hopefully someone associated with the festival will pay attention to this consistent (and infuriating) breach of line protocol and will implement measures to combat it at TIFF 2009. I mean, they hand out those little colored pieces of paper to those folks going in to buy tickets at the box office, so why not do that with people actually going into screenings? Or, better yet, find space INSIDE the AMC and line folks up in there.

My first film of the day was A ROUGH CUT A ROUGH CUT A ROUGH CUT of New York, I Love You (6/8), which I thought was actually really very good. FOR A ROUGH CUT. I mention that it was a ROUGH CUT because the audience – specifically the press in the audience – were asked repeatedly before the screening NOT to review it. Because, in case I haven’t mentioned, it was A ROUGH CUT. Then, a big printed message appeared onscreen, and stayed onscreen for an excessive amount of time, urging the press (again) to not review the ROUGH CUT until seeing the finished film. Thing is, the only elements cited as being temporary in THE ROUGH CUT were the credits, the music and the effects… and I don’t really know that any of those things would make someone who loved a movie suddenly hate it, or vice versa. So, aside from my slice rating, I’ll simply say: the ROUGH CUT (like Paris, je t’aime of a couple of years ago) is made up of love-centric vignettes set in the Big Apple and starring a whole slew of famous people (including Julie Christie, Orlando Bloom, Natalie Portman and her bad acting, Christina Ricci, Robin Wright Penn, Hayden Christensen, Shia LaBouef and Kevin Bacon). Not all are winners, but the ones that are – specifically, the Ethan Hawke pick-up story and the Cloris Leachman/Eli Wallach walk-and-talk segment – are fantastic.

Also strong was the other movie I saw today, the Danish (waving at Linda!) thriller Fear Me Not (7/8), a nicely creepy character study that follows a husband and father named Mikael (Ulrich Thomsen), who volunteers to take part in a pharmaceutical trial for a new anti-depressant… and who promptly begins to experience a shift in his personality. But when the company unexpectedly ends the trial because some participants have been demonstrating volatile side effects, Mikael decides to secretly keep taking his new meds. With, unsurprisingly, disturbing results. It was a really nicely taut tale with a smart twist… and one that instantly creates a new level of unease that I enjoyed very much. It also feels a lot like a film that some American studio will promptly remake, but I so hope that doesn’t happen.

And that’s all. It was another short day at TIFF for me. I’m still having trouble filling all the empty vouchers I have, and I am very quickly tiring of the process as I continue to hemorrhage unused-tickets money with each passing day. But I just don’t have the energy to get up early every day to try to get same-days anymore. And I have no interest in rushing anything because I don’t enjoy sitting in the front row off to the far right. Sure, some films have plenty of extra seating once the rush lines are let in, but often they don’t and the poor rushing souls are left to sit in the theater’s crappiest seats. No thanks.

Line Buzz: Great buzz for Patrik, 1.5 and Hunger, and murmurs of disappointment for Wendy and Lucy. 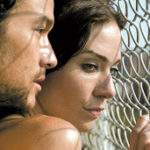 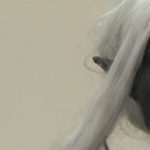