This is an intriguing (if brief) introduction to the man that designed some of America’s greatest urban parks.
By Lindaon October 29, 2012
0 Comments
Our Rating 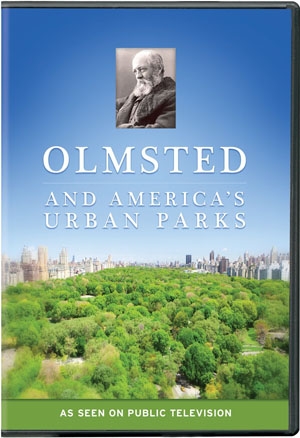 A large chunk of this brief 57-minute overview of urban park visionary Frederick Law Olmstead is unsurprisingly (and deservedly) dedicated to the massive and unprecedented design undertaking that became New York City’s Central Park. When Olmsted won the design commission, he was not a landscape architect by trade. He had been living a “decently restrained vagabond life instead of going to college”. This basically meant he was a man of means that had the opportunity to soak up experiences wherever his whims took him. He was a gentleman farmer, a seaman on a ship to China, a correspondence journalist for the New York Times, and he traveled extensively (where he was impressed and influenced by parks in England and Germany). He lobbied to be the superintendent of Central Park, and partnering with Calvert Vaux, won the design competition that created one of the most celebrated parks in the middle of one of the busiest urban landscapes.

Though Frederick Law Olmstead is most famous as the designer of New York City’s Central Park, it is rather astonishing how many major (and smaller) American cities he touched with his beautiful and functional landscape architecture. What is special and very intentional about his designs is that he was “effectively creating palace grounds for common people”. Why should only the rich and regal have beautiful park lands surrounding their estates, for use only by them? Olmstead’s designs were considered to be ultimately democratic, and in a way totally American, in that the parks were literally for everyone: rich and poor, and for all races and classes. Because of this, his parks were not only rousing successes in design, but also hugely popular with the public (and they still are).

Olmstead stated, “It is one great purpose of the Park to supply to the hundreds of thousands of tired workers, who have no opportunity to spend their summers in the country, a specimen of God’s handiwork that shall be to them, inexpensively, what a month of two in the White Mountains or the Adirondacks is, at great cost, to those in easier circumstances.” What is not to like about this guy?

The flaw with this hour-long doc is that Olmstead really warrants much more time. Fans of Eric Larson’s Devil in the White City, about the Chicago World’s Fair, whose grounds were famously designed by Olmstead, is barely touched upon. Also, since his parks span so many cities and towns across the U.S. and even some other countries, if you are looking for a specific mention of your own park of interest, you will likely be disappointed. For instance, I knew that Olmstead took part in the design of Seattle’s city park system at the turn of the century (and Seward Park is mentioned among the hundreds of parks in a list at the end), but was a little confused after doing my own research to find that Seattle’s parks are in fact credited to Olmstead’s son, also named Frederick Law (he dropped the “Jr.” from his name, which didn’t help matters), when Jr. took over the Olmstead design business.

Olmstead and America’s Urban Parks is still indeed a fascinating introduction to the man who literally left his mark on America. It is a good launching point for further exploration for those interest in the visionary man and in the philosophy of urban landscape architecture. 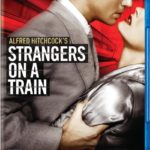