Called “one of the most important artifacts in hip-hop culture” by the marketers, Wild Style may not be a great movie, but it is awesome nonetheless.
By Lindaon October 13, 2013
0 Comments
Our Rating 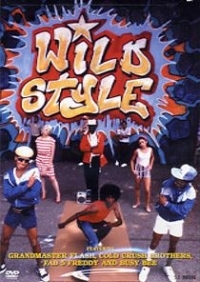 In the 80s as a suburban kid, my impression of hip-hop and rap came from early hits by Run-DMC and the seminal stinky (but hilarious) breakdancing films Breakin‘, Beatstreet, and Breakin’ 2: Electric Boogaloo. If you are talking really old hip-hop, I can do the rap in Blondie’s “Rapture”, and do a white girl version of the Sugarhill Gang (“I said a hip, hop, the hippie the hippie, to the hip hip hop, a you don’t stop…”). But that’s all I have, which is probably for the best.

So Wild Style, which is a meld of straight-on documentary of the early New York City rap scene interspersed with some clunky drama, is really sort of awesome. This film was made before the onslaught of breakdancing movies, and before rap and graffiti art broke mainstream. The rickety “story” following graffiti artist Raymond (real graffiti artist Lee Quinones) as he tags train cars and buildings using his secret identity of “Zoro”. Except that most people seem to know that he is Zoro, so the drama there is kind of headscratching. He also is trying to win back his girl, and plan a huge canvas: the park amphitheater that hosts the finale’s concert.

None of this really matters, except that it is fun to watch Quinones paint, and to see him explaining his art to Manhattan snobs that invite him to a party because he is such an edgy ghetto artist that they can show off like a prize. The only one in the film that is a natural actor is the rapper Fab 5 Freddy, who plays Phade, a kind of peacekeeper between the club scene and the grittier thugs in the hood. But where the movie shines is the performances, both of the rappers and the breakdancers.  I love love LOVE the scene where the Cold Crush Brothers face off on the court with the Fantastic Freaks. It’s like a hip-hop version of West Side Story, with words instead of knives. It as if the movie knows that it is all about the music, so that the final concert scenes stretches for the last 20 minutes of the movie, leaving the dramatic plot kind of as an afterthought.

I’m glad that someone thought to remaster this film, and there is a souped up 30th Anniversary Collector’s Edition release on DVD. The movie features performances by Grandmaster Flash, Fab 5 Freddy, Rock Steady Crew and more. The two-disc set features a slew of extras, including a 48-page booklet, interviews with the cast, and featurettes of concerts for the 20th and 25th anniversaries of the film. On August 26, 2013, there was a 30th anniversary celebration at East River Park, NYC, at the same amphitheater from the film… and I’ll bet that will be on the next release of the film. 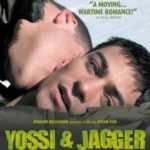 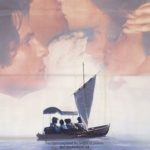