This Bond rocks.
By Vickieon February 12, 2013
0 Comments
Our Rating 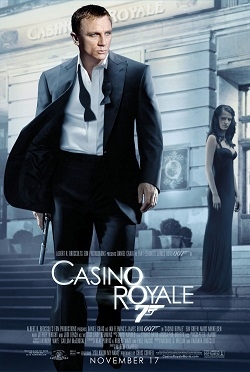 I’d like to take this opportunity to thank Daniel Craig for doing something that no other actor playing superspy 007 has ever been able to do before: get me interested in seeing a James Bond film. And, despite a veritable fan uproar when he was announced as the new Bond over actors like Clive Owen, Craig not only slips into the Aston Martin with ease but knocks the franchise into a whole new stratosphere. As I said to my friend while exiting the screening, “There’s NO WAY they could have made this movie with Pierce Brosnan!”

Amping up the action to a gasp-inducing, eye-popping degree and turning Bond from a suave, gadget-toting metrosexual into a beefy, rugged tough guy, this latest installment in the 007 series is like a breath of fresh air. From the get-go, you know this ain’t your mom’s James Bond: the stunt work is hugely impressive and wildly kinetic, never really stopping long enough to catch its breath, and Craig tackles the white-knuckle challenge head-on.

Story-wise, the film – based on the first of author Ian Fleming’s books – reveals the “birth” of James Bond, via his first assignment as a “double-O” agent: to prevent a slimy villain named Le Chiffre (Mads Mikkelsen) from winning millions in a super-high-stakes poker game as a means of financing a terrorist operation. Helping out is Eva Green as the latest Bond girl, Vesper Lynd; Giancarlo Giannini as an Italian cop named, inexplicably, “Mathis” (is that a traditional Italian surname?); and Bond’s frustrated but maternal handler, M (Judi Dench). Packed in between plot points is one high-octane action sequence after another, from a bloody knock-down-drag-out fight in a men’s room, to a death-defying chase sequence through a construction site and a torture scene that will have men in the audience squirming in their seats. Save for a strangely inert transition sequence cum montage within the last 20 minutes, the mantra for the film seems to have been “GO! GO! GO! GO! GO!”

As mentioned, Craig is excellent. He’s dry, tough, sensitive, funny, fearless and well-sculpted, and I guarantee he’ll have no trouble eliciting swoons out of the staunchest Bond purists. He is to James Bond what Christian Bale was to Michael Keaton’s Batman: reinvented and re-energized, and able to lure in a whole new audience. Similarly, Eva Green manages to hold her own as a female lead with as much brains as beauty. (Memo to Eva: for the love of all that is holy, PLEASE lose the heavy, Sharpie-like eyeliner that’s become your esthetic trademark. In the one glorious scene where you went bare-faced, you were a thousand times more beautiful than you’ve ever been with that caked-on eye tar. Seriously, you were stunning!) Mikkelsen is decent baddie, but he’s not nearly menacing enough and seems like he’d cave in a heartbeat if faced with a stern threat from the purveyors of justice.

Despite what I’ve written above, perhaps the biggest seal of approval comes from my movie-going pal, Angela, who’s as hardcore a Bond fan as they come and who accompanied me to the screening. Going in, she was skeptical. Would this blonde Bond be able to pull it off? Would he be able to hold a candle to her beloved Brosnan? Would he suck harder than Timothy Dalton?

As we left, Angela said this Bond rocks. And I have to heartily agree. 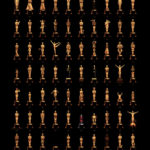