I’m torn. There were two different movies happening in About Last Night, and I liked some elements of each, but didn’t really love either and didn’t much enjoy the combined effort of both.
By Lindaon May 20, 2014
0 Comments
Our Rating 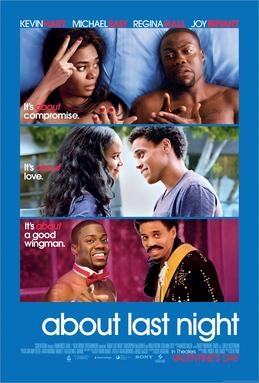 Let me preface this review by saying: I am not a fan of blue comedy. I don’t find “talking dirty” to be particularly compelling (or hilarious) entertainment, and I don’t get much of a kick out of sexually graphic language masquerading as dialogue. To me, it feels lazy and pointless. Unfortunately, it makes up a good portion of this remake of the comparatively tame 1986 film of the same name… which itself was an adaptation of David Mamet’s play, Sexual Perversity in Chicago.

In this version, you’ve got two distinctly different stories being told: one is a standard-issue, fairly PG romantic comedy about a lovelorn guy named Danny (Michael Ealy), who – despite his desire for a no-strings-attached relationship – falls for Debbie (Joy Bryant), an equally commitment-wary ad exec. They meet, they sleep together, they sleep together again and, soon, admit to themselves that they’re in love. Which, of course, is when the trouble begins.

And the bi-polar nature of the narrative (and dialogue) didn’t work for me. Going from sweet to saucy and then back, over and over again, grew tiresome, and I was never really sure what kind of movie the filmmakers were making: one geared towards 19-year-old guys or 30-something women? One that tries to push the envelope, or one that follows convention pretty closely?

But here’s the thing: even though I didn’t enjoy the movie overall, I also recognize that it worked. Why? Because of the undeniably fantastic chemistry between its quartet of actors. Despite the racy language and the ever-escalating sexual one-upmanship, Hart and Hall are a terrific comedic duo – riffing and trading barbs like seasoned pros. And, though their roles are less showy and their dialogue less questionable, Ealy and Bryant have a very nice vibe between them, making their characters’ romance (bumps in the road and all) compelling and downright sweet.

Hence my struggle to come up with a rating, and why I landed on four slices. I did not dig About Last Night, but I can’t disqualify it as unwatchable or bad. It just wasn’t for me. 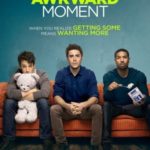 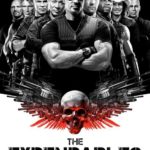