Yes, Annapolis is bad. But it commits the bad-movie sin of also being boring.
By Lindaon January 29, 2006
0 Comments
Our Rating 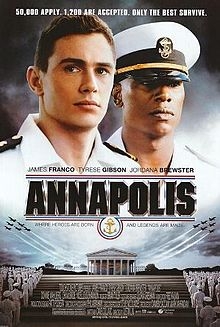 Before showing up to the screening of Annapolis, I made sure I was good n’ buzzed. With a nice strong margarita making me mentally fuzzy and relaxed, I thought that I might be able to slightly enjoy a movie that I highly anticipated to be bad. Yes, Annapolis is bad. But it commits the bad-movie sin of also being boring. And when your margarita buzz wears off after the first half hour, that leaves you squirming in your seat praying for the film to somehow wrap-up under 90 minutes (which it never does).

Wanting to be a sort of young, hip Officer and a Gentlemen for the new millennium, Annapolis introduces us to Jake Huard, a working class stud with a furrowed brow. He works in the shipyards and gazes longingly at the Naval Academy across the water. See, his dead mother wanted Jake to become a Navy Man. So why Jake finally applies to the Naval Academy seemingly way after high school (getting admitted through a loophole) is a bit unclear. His grizzly father doesn’t support him, but Jake has something to prove.

What he has to prove, apparently, is that he can box. Now, uh, what? Yes, exactly. Jake is an amateur boxer, and it seems the most important achievement for a plebe is to enter and win The Brigades, an all-Navy boxing contest held at the end of the year. Jake wants to prove himself to be a man worthy of the Navy by boxing. No, this does not make any sense at all. But it does allow the movie to add the delightfully cliched rat-tat-tat of military drumming over the close-ups of Jake and his opponent’s (Tyrese Gibson) sweaty pummeled faces in the climactic boxing scene. I had to stifle a giggle (and a yawn).

There is absolutely no reason to see Annapolis. It is not a good military movie. It is not a good boxing movie. It has a laughable suppressed love story between Jake and his superior officer (the freakishly skinny Jordana Brewster). The only actor that makes it out of the film intact is Vicellous Reon Shannon, who plays Jake’s fat roommate “Twins”. Twins’ story is as cliched as the rest of the film, but he gets credit for having the only good speech in the film. If I remember anything about this film, it will be Twins’ comparison of Arkansas and Mississippi, because it actually made me laugh. The rest of Annapolis I will immediately purge from my memory. 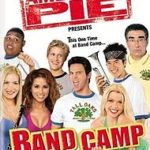 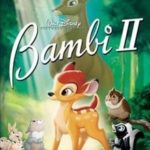