While it does contain many flashes of greatness, the movie doesn’t hang together as perfectly as it could and feels a bit like a bunch of genre-specific elements thrown together haphazardly.
By Lindaon January 20, 2008
0 Comments
Our Rating 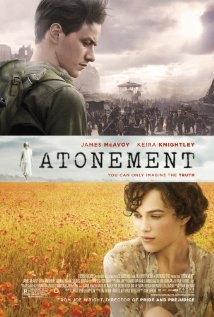 On paper, this reads like a movie I’d absolutely love: Keira Knightley and James McAvoy in an epic WWII-era romance directed by Joe Wright, who brought the oft-filmed old chestnut Pride & Prejudice to the screen in an exciting and refreshing new way. Sign me up!

Unfortunately, while it does contain many flashes of greatness, as a whole Atonement doesn’t hang together as perfectly as it could and feels a bit like a bunch of genre-specific elements thrown together haphazardly. Knightley is wealthy heiress Cecilia Tallis, and McAvoy is her family’s hired hand, Robbie Turner. The two were essentially raised together, though on hugely different sides of the class divide, at the Tallis family home in the English countryside. Friends as children, the young adults slowly realize they’re wildly attracted to one another and begin a passionate affair. Problems arise when Cecilia’s precocious younger sister, Briony (Saoirse Ronin), wrongfully accuses Robbie of a crime he didn’t commit, and the lives of all three are forever changed. The film jumps back and forth from the past to the future, as the repercussions of one girl’s imagination continue to haunt its victims.

Like Elizabeth: The Golden Age, this movie is an art director’s wet dream. It’s gorgeous and every scene looks like a tableau – the costumes are perfect, the lighting is just right and the attention to detail is breathtaking. There is an extended, single-take scene set on the beach at Dunkirk, where the camera follows Robbie on a circuitous walk through hundreds of soldiers and countless locations, that will leave you slack-jawed because it’s that impressive. But while all this attention was clearly paid to how the film looks, it seems the storytelling took a bit of a backseat.

Knightley and McAvoy have terrific chemistry, but their scenes together – however momentarily steamy and consistently strong – are relatively few and far between. They’re mostly shown together in flashbacks and flash forwards later in the movie, when their intense togetherness might have made for a deeper impact earlier on…say, before the young lovers are torn apart by circumstance. Wouldn’t it have made more sense to have the audience invested in their relationship so that its untimely end might have resonated that much more? Instead, to the tune of a clickety-clackety typewriter that provides much of the film’s score, we watch their lives crumble separately, and then jointly., and  then separately again. All the while, young Briony is left to lie in the bed she made…right up until she becomes a wistful Vanessa Redgrave, reflecting on her life. I realize the non-linear narrative might have been utilized in order to remain faithful to the book and to perhaps challenge the audience, but it felt a little like a more conventional structure might have suited the material better for its big-screen adaptation.

Despite my high hopes, Atonement was a bit of letdown. It’s still a decent film – if somewhat of a downer, overall – but just not as magical as it could have been, in my opinion. 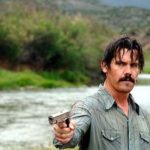