Australia is no Gone With the Wind. I really wish it were, but it doesn’t even come close.
By Lindaon May 9, 2013
0 Comments
Our Rating 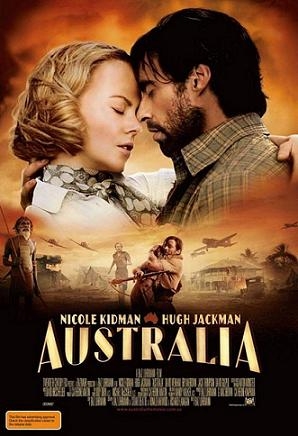 Baz Luhrmann, I can see what you were trying to do in the epic Australia, a Technicolor homage to your beloved homeland. A swarthy scoundrel clashes with a frosty upper-class lady, sparks fly, they make out in silhouette with a burning sunset, them BOOM! war arrives, changing their lives forever. Hmmm… Hmmm…. Why does this sound familiar? (Rubbing chin thoughtfully…) Could this be a blatant allusion, like a flashing neon finger, to one of the greatest films ever made, Gone With the Wind? Believe me, I caught the references. Over and over, in fact. Like a sledgehammer to my head. But the fact is, Baz, Australia is no Gone With the Wind. I really wish it were, but it doesn’t even come close.

Part of the problem is that the chemistry between your two leads is kind of iffy. Hugh Jackman is the reigning Sexiest Man Alive(tm), and early on we are treated to a gratuitous beefcake moment of shirtless Hugh (known only as “The Drover”) lathers himself up next to a campfire, then rinses off with the splash of a bucket of water. I don’t think there was a soul in the audience that didn’t appreciate his magnificence, whatever his or her persuasion. And Nicole Kidman, as Lady Sarah Ashley, plays prim and proper (and extremely pale) as she comes from the mother country to take over the outback ranch from her dead husband (actually, he is dead upon her arrival, which she did not entirely expect). A swarthy man and a prim woman? You know that they will collide. After all, this is… wait for it… Australia!

But to ante up the stakes, you have to throw in some villains, and heck, why not a child in distress? You now have an instant family unit as orphaned Aboriginal mixed-race Nullah (Brandon Walters) finds surrogate parents in Lady Sarah and The Drover as they fight to save the ranch from the bullying cattle baron King Carney (Bryan Brown) who owns pretty much the rest of the Northern Territory. Carney’s henchman Fletcher (David Wenham) is the real threat, as he is constantly showing up to take the kid away (which was a true practice, where the law felt it was better for mixed-race kids to be raised in Christian homes), or you know, shoot at them or light them all on fire and pretend that someone else did it.

Basically, Australia is two full movies spliced together. And I mean quite literally, as my ass was numb by the end of its almost three-hour running time. The first half of the film culminates in a rather thrilling cattle wrangling as The Drover, Sarah, and a motley crew of pals drive their cattle from the ranch to Darwin in order to beat Carney at his own game, by selling their beef to the military ships for the war effort. A nerve-racking scene where the cattle stampede to a cliff had me on the edge of my seat. Baz, when you kick up the drama, Australia is really pretty great.

In fact, Australia Part II, aka the second half of your movie, is pretty good, too, where Drover and Sarah and Nullah get separated for various dramatic reasons, and the Japanese zoom in to bomb the hell out of Darwin and bring Australia into World War II. But as though to counter the seriousness and drama of this moment, your remaining villain Fletcher has become so ridiculously cartoonish that he is the most laughably simpering bad guy since Billy Zane was shooting off his pistol as the Titanic sank around him. Darwin may be a pile of smouldering ashes and dead bodies, and the last of the city’s survivors are being herded into trucks, but if Fletcher can just get one… more… shot… at the good guys….

And then the movie is over. The war begins, and the movie ends. Uh-oh. Can you say sequel?

Baz, there is a good movie in here. Maybe even two (hah!). But for god’s sakes, before you run off and make your next film Australia Part III and IV, I have some suggestions: Hire actors with actual chemistry. Stick to the action and drama, and skip the screwball comedy, which was wincingly awkward in this film. And for god’s sakes, put the ego aside and allow a good editor to get their hands on your baby. As it is, to get through Australia, you need toothpicks to prop up your eyelids, a strong pot of coffee, and a soft cushion for your ‘tocks for when your derriere loses all sensation. 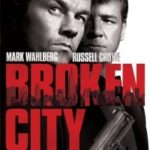