The Americans: Season One

What is the worst 1980s American nightmare? That your nice, hot neighbors are actually Soviet killer spies.
By Lindaon March 8, 2014
0 Comments
Our Rating 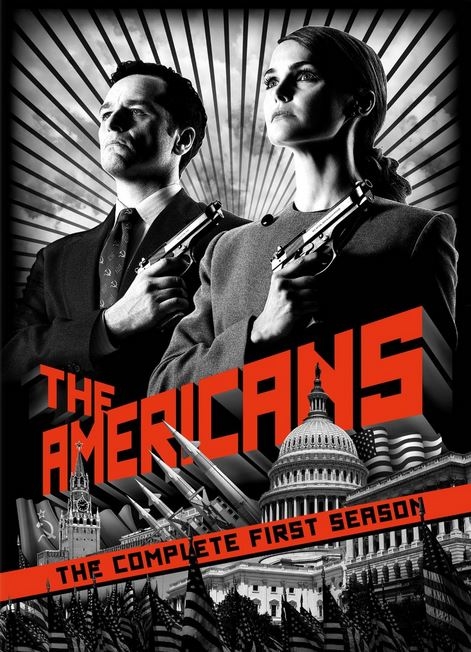 Keri Russell and Matthew Rhys are Elizabeth and Phillip Jennings. They are an attractive married couple with two kids, and they go off to work together every day to the travel agency that they run together in suburban Washington, DC. They are the perfect neighbors for someone like Stan (Noah Emmerich) and his family when they move in next door. Shoot, since it is 1981, you’d almost expect the couples to swap partners or something. But Elizabeth and Phillip are secretly way-undercover Soviet spies, and Stan is an FBI agent.

The Americans is a tense political thriller of a show where the Jennings (and other spies and KGB agents) and the FBI are circling each other in the midst of seemingly innocuous every day American life. Early on, Stan, in his paranoia, thinks his neighbors may be spies, but his wife thinks his work life is making him delusional. (Crazy thing, he is right, but doesn’t know it!). In their garage, the Jennings have an impressive secret stash of wigs and other disguises, the latest technology (for 1981 at least), and sometimes even a kidnapped man in the trunk of their parked car. Inside their house, though, their teenage kids are doing homework, and Elizabeth gets cranky at her husband as married-life tension threatens to become real. They were, after all, two agents that were only married for the Mother Country… could it be that they could actually maybe, one day, love each other? Or is that just an artificial American Dream, too?

Keri Russell is the real badass of the series. She is a stone-cold assassin with a fierce love for the Mother Land and extreme loyalty to the Soviet cause. At one point, Elizabeth pounds the face of their undercover KGB contact into a pulp. The fact that their contact is played by “granny”-like Margo Martindale makes this more than a little alarming (if it weren’t for the fact that Martindale’s Claudia is more than a little badass herself). Matthew Rhys’ Phillip is the more emotional of the two. Adding to marital (and spy) tension is the fact that he is starting to think that after some 20 years, that maybe the U.S. isn’t so bad.

The Americans doesn’t quite feel like it has the political depth of, say, the first season of Homeland. It feels a bit more popcorny and soapy than that, but is still very watchable. As the storyline creeps through the 80s, the plotlines should continue to be ripe for exploration, and I’m curious where the next season will go.

Among the extras for Season One, show creator Joseph Weisberg explains that he was inspired by a real case in 2010 where deep undercover Russians spies were arrested in an espionage ring. And this was way after the Cold War was over. Interestingly, Weisberg also spent some time in the CIA, so, in his words, learned how easy it is to lie to everyone you know about everything you do. The extras also point out the technology used in the show. With big tape recorders, small cameras, and receivers out in the woods used to receive and transmit code, this is old-school, pre-internet, pre-cell phone spying, and the series is all the more interesting for it. 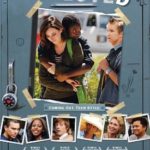