It’s a little creepy thinking about a thirteen year old in a man’s body sleeping with woman twice his age, but this isn’t a movie that should be overanalyzed.
By Jenniferon December 31, 2013
0 Comments
Our Rating 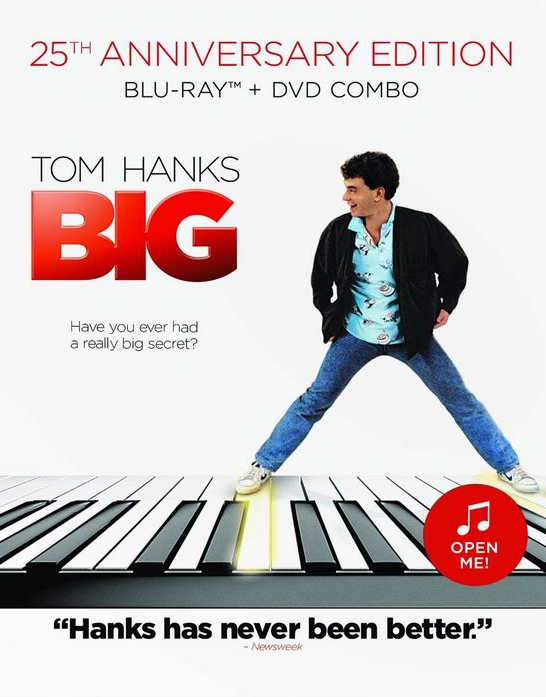 Big is an iconic movie for anyone who grew up in the 80s. You can’t eat a piece of baby corn without imagining Tom Hanks nibbling it daintily like a miniature corn on the cob. You can’t eat a gross hors d’oeuvre without imagining him subtly gag-spitting caviar out of his mouth. You can’t pass a carny fortune-telling machine without thinking of Zoltar and wondering if maybe, just maybe, this time your wish will come true. And most of all, none of us can hear “Heart and Soul” without picturing Tom Hanks and Robert Loggia on the giant keyboard at FAO Schwartz. All these little moments are ingrained in our memories, yet I know few people who revisit Big on a regular basis. Is it that over time Tom Hanks became more screechy than adorable and hilarious? Or was it simply that we got too big for Big?

The movie itself hasn’t changed and is, admittedly, quite charming. Frustrated by the limitations of being a kid (and small for his age), Joshua Baskin makes a wish to be big on the Zoltar machine at the carnival. Never imagining it will work, Josh wakes up in the morning as a full grown man (Tom Hanks). His mother (Mercedes Ruehl) chases him out of the house, and Josh is faced with an awful reality: he has wished himself out of his own life. Desperate, he turns to his best friend (Jared Rushton) for help. They hatch a plan for Josh to get a job in the city until they can track down the Zoltar machine and get Josh back into his own body.

It’s a rather sad prospect initially, but through the sheer genius of being a kid, Josh is quickly promoted from the mail room to product tester at the toy company where he works. His directness and honesty make him a standout in a world of manipulative, self-interested adults, endearing him to some and bewildering others. Soon he has his own apartment, complete with bunk beds, a trampoline, and a pop machine, and when he wins the heart of Susan (Elizabeth Perkins), it seems as though being big might not be so bad after all. The trouble is, he misses his parents, his baby sister, his best friend, and all the years that should have bridged the gap between childhood and adulthood. When he finally tracks down the Zoltar machine after six weeks of being big, Josh has no choice but to go back.

Even after 25 years, the movie is still surprisingly solid. The plot clips along at a steady pace and the humor is consistent. It’s a little creepy thinking about a thirteen year old in a man’s body sleeping with woman twice his age, but this isn’t a movie that should be overanalyzed. It’s about realizing that age and youth both have their limitations and that there’s nothing better than enjoying where you are. It’s about singing shimmy-shimmy-cocoa-pop and bouncing on a giant trampoline. And if you think you’ve seen it before or remember it all too well, revisit your childhood for old time’s sake or share it with a little person in your life. After 25 years, Big is as charming as ever.

The 25th Anniversary Blu-ray edition comes with theatrical and extended editions of the film, an audio documentary “Big Brainstorming” by writers/producers Anne Spielberg and Gary Ross, deleted scenes with introductions by director Penny Marshall, and the featurettes “Big Beginnings”, “Chemistry of a Classic”, “The Work of Play”, “Hollywood Backstories: Big“, and “Carnival Party Newswrap”. Perhaps most thrilling of all is the inclusion of three Zoltar fortune cards, guaranteed to fill your heart with nostalgic happiness. 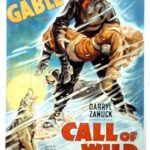 PreviousCall of the Wild (1935)NextThe Family 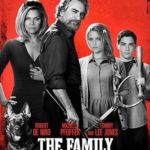