For some reason I found it sort of impossible to believe that Sylvester Stallone is actually IN Creed. I figured it was just a cameo that he so totally knocked out of the park that it warranted Best Supporting Actor awards and nominations. It didn’t make any sense, but I think I was struggling to comprehend that another real Rocky movie had been made. Indeed, Creed is a legitimate addition to the franchise that both honors and expounds upon the Rocky story. 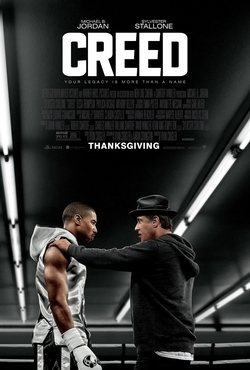 We first meet Adonis Creed as a troubled twelve year old whose father (Apollo) died before he was born and whose mother has also passed away. Though intelligent, Adonis is constantly acting out and regularly in trouble for fighting. He is essentially an orphan when Mary Ann Creed (Phylicia Rashad) steps forward and takes him in, finally giving him a sense of stability, structure, and family in a fabulously opulent Los Angeles mansion. These conflicting influences ultimately create a very complicated individual, The one thing Adonis struggles with into adulthood is his identity.

After developing a promising white collar career, Adonis (Michael B. Jordan) abruptly quits his job to pursue boxing (against Mary Ann’s wishes). Tracing his father’s roots, Adonis moves to Philadelphia, where he settles into a dumpy apartment and begins training. He soon becomes friends with his downstairs neighbor, Bianca (Tessa Thompson), a talented young singer with progressive hearing loss, and tracks down his father’s old friend and rival Rocky Balboa (Sylvester Stallone). Though he comes to Philadelphia with nothing, these two connections (and his indomitable willpower) prove to be enough.

Adonis quickly convinces the reluctant Balboa to train him, ultimately moving into his home and setting the stage for the nontraditional training montages that make every Rocky movie great. Adonis chases a chicken. Adonis runs alongside Rocky’s van. Adonis learns to be strong and wily and fast in totally unique ways, while fighting under the name Donnie “Hollywood” Johnson (his mother’s last name). His intent is to operate under the radar, but his real identity is soon revealed. And just as Ivan Drago fatally challenged Apollo to a showdown, some crappy Irish fighter with anger issues named Conlan (Tony Bellew) turns up wanting to fight Adonis Creed. Of course when I say “crappy”, I mean that Conlan is an undefeated powerhouse of insanity who wears COLORED MOUTH GUARDS. (You can always spot a Rocky villain by their mouth guard.)

Naturally this creates the build up to a fight that is central to every Rocky movie, but the fight is really secondary to the characters and their relationships. In Adonis, Rocky discovers a sense of friendship and family that has been lacking since the death of his beloved Adrian and Paulie, his “friend who wasn’t so friendly”. Though he has never had a great relationship with his own son, Rocky finds himself quite capable of serving as a father figure to a young man more similar to himself. Bianca too becomes a fixture in Rocky’s home, creating light and laughter where there had been loneliness. When Rocky faces difficulties of his own, he is surprised to find that this newfound little family gives him the motivation he needs to keep fighting.

Though not quite on par with the love story between Rocky and Adrian, the romance between Adonis and Tessa is sweet and challenging. Both characters have their hard edges, but they complement one another nicely and drive home the point that love will always carry you through. The whole movie follows a formula, but it’s a formula that works and writer/director Ryan Coogler is smart enough to make it fresh. Adonis and Bianca are their own people, and Rocky is at a dignified and believable place in his life. Once again it’s possible to see this saga continuing with Michael B. Jordan as the relatable underdog who never gives up.

Extra features include Deleted Scenes and the making-of featurettes “Know The Past, Own The Future” and “Becoming Adonis”. Each includes cast and crew interviews as well as a look back at the Rocky legacy. 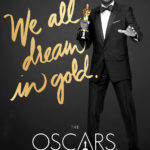 Previous2016 Oscar Nominees and Winners: The Full ListNextIn the Heart of the Sea 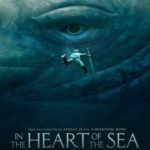