Ostensibly, The Family seems like an ode to everything that is great about mafia movies. There’s its tongue in cheek attitude, perennial onscreen mafia kingpin Robert DeNiro, Michelle Pfeiffer who’s already been Married to the Mob, and Luc Besson, genius director of The Professional, one of the most truly badass and touching films of all time. How could combining these elements be anything but amazing? Let’s discuss… 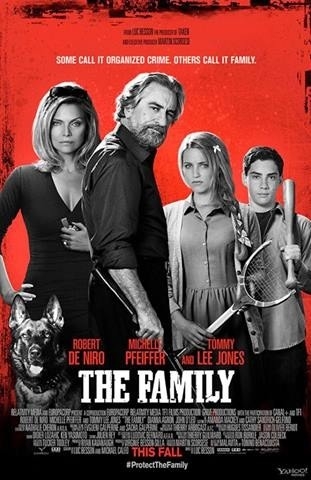 The movie begins with the Manzoni family relocating to a small town in France through the Witness Protection Program. They’re all a bit bored and jaded, and it’s clear that their mafia ties have made these moves a familiar occurrence. They adopt their new identities with an eye-rolling sense of, “Who are we this time? What are we telling the neighbors?” And so Robert DeNiro and Michelle Pfeiffer become Fred and Maggie Blake, parents to Belle (Dianna Agron) and Warren (John D’Leo), and do their best to adapt. As you can imagine, these are prickly, hardened, dead-body-in-the-trunk kind of people, who are going to find an idyllic life in the French countryside hard to swallow.

The situation lends itself to a series of comedic scenarios. When sweet Belle is harassed by local boys, she is quick to teach them a lesson…with her tennis racket. When Maggie finds the local grocer less than helpful, she makes her feelings known in a rather spectacular way. The scenes are splashy, satisfying, and funny, but when they end, we’re left with four people from the mob and a sense of, “now what?” Fred’s sense of “now what?” leads him to start writing his memoirs and to become involved with the local film society. He winds up publicly dissecting Goodfellas for a room full of film aficionados. It’s an eye-wateringly funny concept that somehow doesn’t pack the punch that it should. And still you’re wondering, how can all of these awesome scenes not add up to a more amazing movie?

It follows, then, that when the whereabouts of the Manzoni family become known to the mob (in an overly elaborate, but not very funny way), the sense of urgency is lacking. The final showdown is beautifully choreographed, sort of a ballet of gunfire, if you will, but who cares? In the end they’ll either be liberated from their life of hiding or they’ll be murdered – wah wah. What’s missing is a sense of these characters as real, three-dimensional people. Besson is a master at combining elements of comedy, drama, violence, and tragedy, but without compelling characters to carry the story, the end result is bound to be lacking.

Extra features include a making-of featurette and “The Many Meanings of…”, which explores the various uses of the “f” word as employed by Mr. Manzoni. 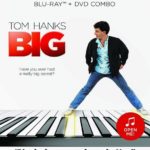 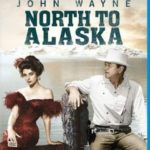