There’s a thin line between a moving, romantic film, and one that is completely sappy and manipulative. When I saw Nicholas Sparks’ name attached to Dear John, I was very wary because I was one of the few women in the world that hated The Notebook. But this time around, in Dear John I found myself all-out crying more than once.
By Lindaon August 31, 2013
0 Comments
Our Rating 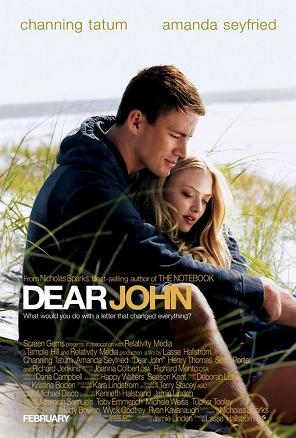 Two very pretty young people meet cute on a gorgeous beach in a charming beach town in the Carolinas. Savannah (Amanda Seyfried) has flaxen hair and huge eyes and occasionally belts out ABBA tunes… no, wait, scratch that… wrong movie. Anyways, Savannah is lovely and sweet and good, and John (Channing Tatum) is manly and chivalrous, coming to her rescue when her purse plops into 20 feet of water off the end of a pier. Next thing you know, it’s puppy love as they fall for each other in two short weeks. Why only two weeks? John is a soldier and has to ship off for a tour. But they promise true love, and promise to write, with good old fashioned pen and paper (which is kind of refreshing, and yes, romantic)—there’s no internet out in the savage boonies where John will be stationed.

Just when John is about to be completely done with his tour and come home for good, something dreadful happens: 9/11 (which also clears up a big question of “What year is this???” for the audience). No matter how long it is has been since that horrible day, even a few second of news footage of the burning buildings still makes my stomach drop with a horrible sick feeling, so it is understandable even to Savannah that John re-enlists. But will their love last another year, two, or three until John comes home for good?

Dear John threatened from the start to be entirely predictable, but to its credit, the plot turns surprised me several times, and in a good way. Like I said, there are lots of weeping opportunities to be had, but the cast is up to the challenge, and I felt the tears were earned. Seyfried and Tatum do a fine job as the separated lovers, but they also have excellent support from Richard Jenkins, playing John’s withdrawn and maybe autistic father, and Henry Thomas (yes! of E.T.!) as Savannah’s family friend who is raising his own autistic son alone. Thomas is adorably scruffy and makes a tricky role very sympathetic rather than one-note.

And let me just give kudos to Channing Tatum. Sure he’s hot, and has a nice square jaw and six pack, but he has been rather bland as an actor beyond the eye-candy. But in Dear John, I have to say that he was solid, if not notably good. But there is one scene towards the end of the film between John and his father where Tatum really surprised me, knocking the scene out of the ballpark. I was sobbing, I tell you, and I wasn’t the only one as I could hear ugly-crying all around me in the theater. At that point, Dear John rose from being a romance to a surprisingly effective family drama. I have to admit, it was much better than I expected. 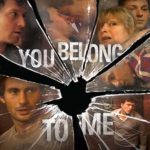 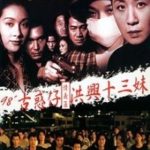