I guess the hilarity of gay Mafia enforcers was totally lost on me.
By Lindaon October 30, 2002
0 Comments
Our Rating 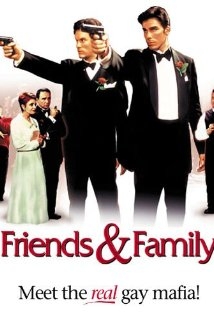 Stephen (Greg Lauren) and Danny (Christopher Gartin) are a totally open gay couple who met while they were both Army Rangers. (Isn’t that where true love usually happens?) Anyway, after leaving the Army, the natural progression was to become enforcers/bodyguards for Victor Patrizzi (Tony Lo Bianco), the head of a New York mafia family.

In an effort to hide their real profession, Stephen and Danny enlist the help of the “family” to pose as employees of the catering company. This, of course, is not as easy as it sounds, seeing that most of them are stereotypical New York goombahs. In order to make them convincing cater waiters, they are trained by the gayest man alive, Richard Hibbert (Richard Grayson), a big-wig gossip columnist.

I guess the hilarity of gay Mafia enforcers was totally lost on me. No, the movie isn’t about the Gay Mafia… Now that would have been funny. I’m not saying that parts of this movie didn’t make me chuckle, but it really felt like a bad made-for-TV comedy. I saw it as part of the festival screening committee and really didn’t like it then, but decided to see it with an audience. There was no difference in my perception on the film. Maybe I’m just not the target audience. 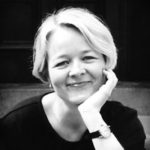 PreviousBBC2 dips into the sexy side of Victorian England: Tipping the Velvet author Sarah WatersNextUnfaithful 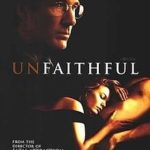