Holy chalupas, Season 1 of Fuller House is available on DVD! If you’re a TGIF fan who hasn’t yet experienced the magic of this Netflix revival, here’s your chance to own the next chapter in the lives of the Tanner family. The whole Full House gang (minus the totally unnecessary Olsen twins) is back for this nostalgic tour de force.
By Jenniferon July 22, 2017
0 Comments
Our Rating 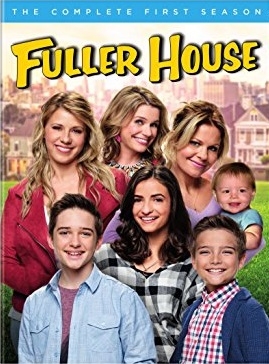 Over twenty years have passed since Full House ended its original run, but it’s still freakishly easy to reenter the Tanner universe. The first episode of Fuller House finds newly widowed DJ Fuller (Candace Cameron Bure) visiting the family home with her own children, three boys who are roughly the same age DJ, Stephanie, and Michelle were when the original series premiered. At this point, the nest is nearly empty and Danny (Bob Saget) is thinking of selling the house – he and Rebecca (Lori Loughlin) are moving their morning show to Los Angeles with Uncle Jesse (John Stamos) in tow, Joey (Dave Coulier) has taken his comedy act to Las Vegas, Stephanie has been traveling the world as a professional DJ, and Michelle is off in New York City, managing her fashion empire (wink!).

The family reunion would be a one-off if it didn’t become abundantly clear that DJ now has just as much on her plate as Danny did when he lost his wife. It seems only right to show her the same friendship and support he was given. Danny, Rebecca, Jesse, and Joey all return to their day to day lives, but Stephanie (Jodie Sweetin) stays behind to help, as does the ever loyal Kimmy Gibbler (Andrea Barber), DJ’s best friend. She brings along her tween daughter Ramona (Soni Bringas), and soon the house is as full as ever.

As sweet as it is to see the whole gang gathered around that familiar kitchen table (I’ll admit I kind of burst into tears during the first episode), it’s actually kind of a relief when the “adults” leave. Danny is in some sort of awkward midlife crisis, Jesse (though still smokin’ hot) was reduced to a cartoon years ago, and Joey’s trite, hackneyed humor is, ahem, still happening. Even Rebecca is a little cringe-inducing with her sudden desire to add another baby to her family. With them out of the picture, Fuller House settles into its own rhythm that is as dorky and familiar as it is fresh.

Elias Harger is ridiculously charming as Max (DJ’s middle son), and Jodie Sweetin, Candace Cameron Bure, and Andrea Barber have surprisingly perfect chemistry together. Stephanie often serves as the voice of reason with one dry comment, DJ is forever square and uncertain, and Kimmy is ON FIRE as a sort of 40 year old lady version of Steve Urkel. She’s still totally over the top and her spasticity knows no bounds, but she’s also come into her own. She works her weird outfits, runs her own party planning business, and is married to a hot Latin race car driver. Kimmy is a profound goober, but Barber gives the character an odd dignity and she’s a master at random physical comedy. 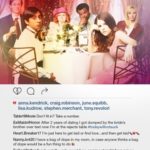 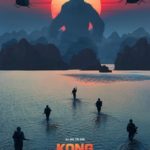