Touted as a female Deliverance crossed with The Blair Witch Project, Guardian of the Frontier follows three college beauties taking a canoe trip down the river Kolpa (which divides Croatia and Slovenia). It’s just a matter of time before things go very wrong.
By Lindaon September 29, 2013
0 Comments
Our Rating 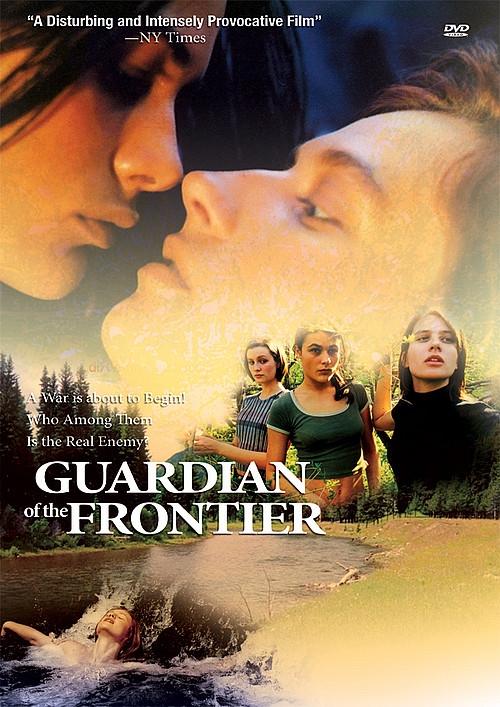 As in any film involving the remote wilderness and frightening backwoods characters, Guardian begins as a carefree trip of independence (read: topless canoeing) and builds towards a climax of that is filled with horror, sex, betrayal, and real or imagined violence. With the menacing threat of a rapist on the loose as a backdrop, the girls first laugh in the face of danger, but slowly start to build a feeling of dread the further they venture into the unfamiliar.

Alja (Tanja Potocnik) is a wanna-be writer with a stiflingly boring boyfriend; Zana (Pia Zemljic) is a saucy and bold free-spirit who is in constant search of adventure; and Simona (Iva Krajnc) is Alja’s conservative and uptight roommate who is rather begrudgingly along for the ride. While Anja and Zana’s relationship changes from friendly to sexual, Simona slowly becomes unhinged in her obsession with a fisherman she alone encounters on the riverside. This mystery man (Jonas Znidarsic) reappears at various points (and in various guises) along the girls’ journey, until they stumble upon a village festival where he is the featured speaker. Pounding the pulpit as the self-proclaimed Guardian of the Frontier, the fellow’s ultra-conservatism and sinister demeanor proves to be too great a lure to Simona….

Guardian of the Frontier has a ripe backdrop and setting, but it isn’t completely successful in its execution. The river Kolpa serves not only as a physical barrier between two estranged countries, but is symbolic of psychological, sexual, and social barriers between not only the girls, but of the Cold War era versus the modern ideals. In what I suppose is an attempt to illustrate these greater themes, director Maja Weiss litters the film with David-Lynchian sequences that tread the thin line between horrific and unintentionally funny. (Fantasy sequence or not, it’s hard not to giggle when, for instance, the leering fisherman holds a flopping, writhing fish with both hands right at crotch level.)

But Guardian isn’t an all-out failure either. The actresses are all winsome, distinctive, and complicated. Some scenes work particularly well, like the village festival sequence where the women’s playful flirting with some local men backfires in a frightening way. Plus, the pace of the story actually gains momentum after a rather awkward first act, building towards an unpredictable climax.

Though I can’t heartily recommend this film, I will say it is an interesting feature-debut from Maja Weiss. She has enough style in her filmmaking that I’d be curious where her future projects take her.