Despite a strong central performance, Harriet can’t rise above a hokey script and a story that seems afraid to leave anything on the cutting room floor.
By Lindaon November 1, 2019
0 Comments
Our Rating 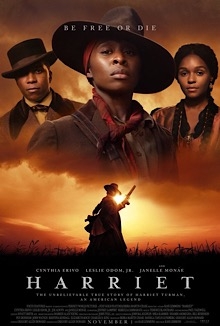 In the trailer for Harriet, there is a tease of a visually arresting climactic scene showing abolitionist Harriet Tubman (Cynthia Erivo) cocking a rifle and firmly ordering, “Ready?” to the Union soldiers she is commandeering. On signal, hundreds of slaves flee from the woods toward them on the river, toward the ironclad warships that will ensure their freedom. It is a stunning moment. But when you see the full scene in Harriet, the whole thing is maybe two minutes at the most, leaving you with a quick epilogue, some summarizing on-screens facts, then rolling credits. Uh. What?

Therein lies a big problem with Harriet. In its earnest effort to include each and every bit of the whole story arc of her fleeing from slavery up until the Civil War (roughly 15 years), the movie ends up feeling like a chapter book of ALL THE THINGS. It’s padded by thinly-written characters and moments, often Hollywoodized to be more evil/noble/hysteric than the sketches of history give us. And if you don’t quite pick up what the filmmakers are putting down, the heavy-handed intrusive score will tell you exactly how to feel.

Cynthia Erivo as Harriet can certainly not be faulted for what is ultimately a frustrating film. She certainly gives it her all, and you always believe in her as a character. There are some genuinely moving parts that are done extremely well. For instance, when Harriet initially flees the plantation where she is enslaved, she covertly says goodbye to her mother in the field by singing a farewell song to her. In another moment at her initial escape, a Quaker drops her off at the border of Pennsylvania, where she chooses to walk the final steps to freedom. Moments like these hint at the powerful story that this should have been.

But then you have a cartoonish simpering villain (Joe Alwyn), the self-righteous son who inherits the plantation (as well as her and her family with it). You have potentially interesting side characters, like Janelle Monáe’s confident free-born black woman who runs a boarding house in Philadelphia, and wily Henry Hunter Hall as a young black slave-catcher for hire. They are introduced just enough to intrigue, but are never developed.

Harriet Tubman has an extraordinary story that deserves to be told, but by trying to cover so much, the film only scratches the surface of a lot of interesting material. Harriet’s story is an important one to be told, that is for certain. She just needs a screenplay and direction that allows her story to breathe and come to life. 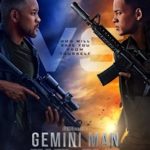 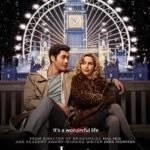