When you attend Hot Docs, you inevitably see a slew of films that change you in some way: they introduce you to people and places you might not otherwise have known, they make you laugh or cry or question… or they motivate you to take action of some kind. And sometimes, they make your brain grow three sizes* by the time the closing credits roll. These three fantastic films fall into that last category, and I felt smarter after seen them.

Propaganda: The Art of Selling Lies (7/8)
Director Larry Weinstein traces the origins and effects of propaganda, from Neanderthal man to present day, in this detail-rich kick-ass documentary that should be considered required viewing. The modern digital age has led to the proliferation of propaganda 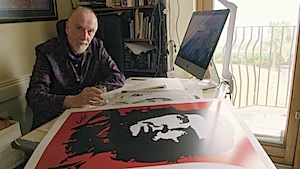 across multiple platforms for assorted purposes, and the film shines a light on the good, the bad and the ugly, examining its nature, purpose and assorted applications, from marketing and social media to religion, politics, war and even TV’s House Hunters. Artists, activists and provocateurs – including Shepard Fairey (who designed the iconic Obama “HOPE” poster), exiled artist Ai Weiwei, Jim Fitzpatrick (who created the iconic Ché Guevera poster) and Tyler Shields (the photographer who took Kathy Griffin’s now-infamous Trump-head photo) – share their insights and opinions on the effects of their own work and the genre in general. The result is a comprehensive, compelling film that ultimately encourages viewers to think more critically about what we consume on a daily basis.

Human Nature (7/8)
This is the kind of documentary I love. Director Adam Bolt’s film may strike some as being a bit too high-brow and intellectual, but I thought it was fabulous, and it taught me a lot about something I had never heard of before (yes, I apparently live under a rock). It’s a 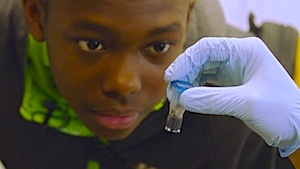 fascinating exploration of genetic engineering, DNA manipulation, genome editing and the CRISPR DNA segment, which is sort of like the genetic equivalent of the God particle – in the most basic of lay terms, it can “correct” genetic abnormalities, which could theoretically cure disease, birth defects and more. Filled with interviews with all the leading experts in this field, Human Nature shows us where we are and where the innovations are headed, including genetically engineering pigs for use in human-organ-transplant operations. It also poses questions about the medical and ethical implications of this sort of power: should you really be able to choose how tall, short, smart, athletic, etc., your unborn child will be? The human side of the story is illustrated by a remarkable young man named David, who has sickle-cell disease (which can theoretically be put into remission with CRISPR), but we also see how some diseases like sickle cell are actually genetically protective to certain communities (e.g., having sickle-cell disease makes you virtually immune to malaria, which is why the disease is so prevalent in malaria-dense areas of the world). Meaty, dense and packed to the gills with information, this doc is must-see viewing for anyone with even a passing interest in science, medicine, ethics or biology.

Push (6/8)
If you live in a city or plan on ever moving to one, take note: this doc is essential viewing. (And remember the name “Blackstone,” because I’m pretty sure it will slowly join the ranks of Monsanto as a global entity to be scorned.) It sheds much-needed light 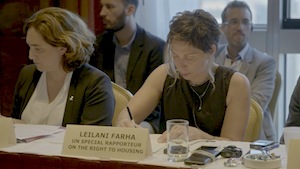 on the growing global housing crisis in urban centers – namely, foreign investors buying up properties, jacking up the rent and literally “pushing” out low-income families and the working class, turning cities into cost-prohibitive (and often increasingly desolate) residential areas. Director Fredrik Gertten’s film criss-crosses the globe alongside Canadian Leilani Farha, the fiercely determined U.N. Special Rapporteur on the Right to Housing, as she investigates housing issues around the world, including the notorious Grenfell Tower fire in London. It’s made painfully obvious that she and those like her are fighting an uphill battle – the issue isn’t taken as seriously as it should be, which is perfectly illustrated in a scene that finds Farha making a presentation to a room full of international delegates who are all engrossed in their smartphones (one guy is browsing watches online) instead of what she’s saying. Given that type of apathy and the relevance of the subject matter, I think the doc might have benefitted from more statistics/data – hard numbers outlining the impact of the soaring real-estate prices in cities – to really drive home the points the film is trying to make, and in turn perhaps spurring more people into action.

[*We can’t actually prove this scientifically, but it definitely *feels* true.]