After the excitement of last night’s awesome Hot Docs experience at the Strike a Pose screening (from which it took me a good couple of hours to decompress), I worried that maybe my 2016 fest peaked too early. Seeing an amazing film early in a festival always sets the bar high, but I tried to start my second official day of filmgoing with an open mind and clean slate. 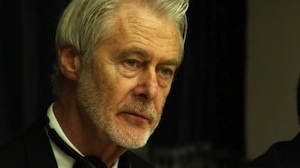 Speaking of open minds, Padraig O’Malley – the subject of The Peacemaker (6/8) – has one about as open as they come. As a mediator in international conflict-resolution efforts (think: Israel va. Palestine, Catholics vs. Protestants in Northern Ireland), O’Malley has to be, as one of his friends puts it in the film, “ideologically neutered.” Director James Demo tells O’Malley’s remarkable story, which includes brokering peace over pints and flying to assorted war-torn regions of the world… all while battling a serious alcohol problem himself. Now sober but aging, O’Malley reflects on his life and career with what is apparently his trademark detachment, opting for logic and reason over emotion (i.e., the same way he operates professionally). The film is a solid biography of a man most of us have never heard of, but whose victories have had global impact. 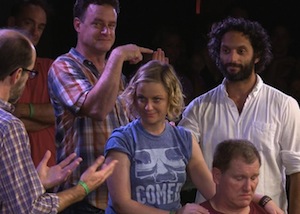 After some fabulous in-line conversations with my fellow filmgoers, I sat down for a film I admittedly selected mainly because it fit nicely into an available window of time. Much to my delight, Thank You Del: The Story of the Del Close Marathon (7/8) turned out to be a cleverly structured and thoroughly entertaining look at the Upright Citizens Brigade, their annual improv marathon (52 hours!) in New York City, and the mentor – Del Close – in whose honor the event is held every year. Tracing three narratives (the iconic comedy troupe and its late leader, the marathon itself, and a group of newbie improv artists from Missouri entering the fray for the first time), Thank You Del features well-known faces (including Bill Murray, Harold Ramis, Tina Fey and UCB founders such as Amy Poehler and Matt Walsh) alongside plenty of informal and indirect this-is-how-you-kill-it improv “lessons.” Definitely a must-see for anyone interested in the art. 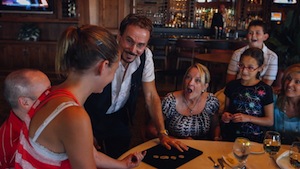 My final film of the day was Magicians: Life in the Impossible (5/8), which sounded super-fun on paper but which was simply “nice” in its execution. Don’t get me wrong, it was good and I enjoyed… it just didn’t wow me as I’d hoped. Following five magicians of varying specialties – including Vegas illusionist Jan Rouven and former Tonight Show staple (and close-up magic icon) Brian Gillis – as they each pursue their craft, the film pulls back the curtain on what life is like off-stage for these sleight-of-hand masters. In short: it’s not easy. From small-scale performances to big-ticket venues, each of them struggles to achieve his goals, whether it’s a TV deal, a career resurrection or just the satisfaction of having stunned another audience. And while the guys are all interesting, the film itself felt strangely flat. There are some “how did he DO that?!” tricks performed on camera that will genuinely amaze (David Minkin, I’m looking at you!), but the rest was more “pleasant” than “revelatory.”