Day one of official filmgoing started off a little bumpy thanks to the TTC – my bus never arrived, so I had to change routes and hustle a bit to pick up my media pass (thanks for the bookbag, Hot Docs! :-D) and get to the Lightbox in time for my first doc of the day.

Happily, my 2018 fest got off to a great start with Assia Boundaoui’s shocking, alarming and engrossing The Feeling of Being Watched (7/8), which (to me) exemplifies organic

indie filmmaking: she was a journalist who saw a problem in her community, pulled on a proverbial thread and unexpectedly wound up unravelling something huge. That “problem” she saw? That she and the rest of her Bridgeview, Ill., Muslim-American community had suspected they were under FBI surveillance for decades, only to discover… they were exactly right. Not only right, but as Boundaoui begins investigating, she unearths the epic depth and breadth of the surveillance, which turns out to be one of the biggest in FBI history. Fierce and fearless (and with an amazing mom!), Boundaoui tracks her progress over what seems like a few years, as she tries to rally frightened residents, gain access to the tens of thousands of pages of reports collected (including those on her own family) and make a documentary while doing it. Compelling from the get-go, the film not only sheds light on how prejudice can influence policy, but also on the psychological consequences that can result when law-abiding citizens find themselves living in a perpetual state of fear and suspicion.

I’d opted to spend my day in Lightbox 1, so I headed out of the theater and got back in line for my second film of the day, Faith Hope Love (5/8). Directed by Katja Fedulova,

the film – which follows three very different (but all supermodel-gorgeous) women carving out their niches in modern-day Russia – would actually work really well as a dramatic film, and I found myself repeatedly mentally casting the actresses who would star if its storylines were ever turned into a piece of fiction. Anyway… one woman is a former pageant winner turned war correspondent turned beauty-academy instructor; one is a local member of parliament who may or may not be romantically involved with a guy who may or may not be a brothel owner; and one is an über-religious single mother of four, who’s zealously trying to ensure women in her country “stay moral” (read: no premarital sex, no abortions, no same-sex relationships… you get the drill). An interesting insight into contemporary Russian culture – especially as it relates to corruption and control – with a trio of fascinating women and a clever title (which references each of them individually and all three of them collectively), the film nonetheless left me wanting a little. For what? I’m not sure.

The moment I headed out of the theater, I could already hear that there were obviously a LOT of people downstairs, and I was right. Peering into the Lightbox’s atrium from above, I saw that a lengthy ticketholders line had already formed (an hour before showtime) for my final film of the day, The Game Changers (6/8).

As well, a whole slew of the film’s cast of elite athletes – including UFC fighter James Wilks, record-setting strongman Patrik Baboumian, Olympians Kendrick Ferris and Dotsie Bausch, sprinter Morgan Mitchell, and bodybuilders Nimai Delgado and Mischa Janiec – were holding court in the lobby, chatting and taking photos with fans. As well, Baboumian showed off his jaw-dropping strength for the crowd: he got four of his fellow athletes to stand on platforms attached to a yolk, and then lifted them all off the floor. At the same time. It was fantastic!

The doc itself – about all these athletes, who are vegan – is also very good. Directed by Oscar-winner Louie Psihoyos (The Cove), it’s packed with all the right ingredients to butch up veganism and make it appealing to a young, hip, audience (especially men): a killer soundtrack; a cast of gorgeous superhumans (including Arnold Schwarzenegger!) sharing how plant-based diets have helped them shatter the strength/power/endurance limits they had as meat eaters; and tons and tons of easy-to-understand science- and medicine-based research to support the benefits of a vegan diet.

My only beef (pun intended) is that it’s missing one vital component: clearly explaining to audiences that a vegan diet means eating a well-balanced mix of a wide variety of fruits, vegetables, nuts and legumes – prepared in a healthy way – in order to get all the nutrients you need. Being a healthy vegan is about more than just giving up meat, dairy and eggs. After all, French fries, Coke and Oreos are all “vegan,” but eating a diet high in those kinds of “plant-based” foods won’t do much for your health, let alone turn you into a lean, mean athletic machine. Yes, you can do great things and live a robust, healthy life without consuming animal products, but you have to do it properly. As well, I think it might have been helpful to point out that many (if not all) of the athletes in the film probably have (or have access to) trainers, coaches, dieticians, medical professionals and other support staff (e.g., team chefs) to help ensure they’re eating exactly what they need for maximum nutrient density. And that that’s in addition to the training regimens, supplements, protein shakes and the like further assisting their remarkable accomplishments. Veganism is clearly one reason for the success these athletes have enjoyed, but it’s important to remember it’s not the only reason. 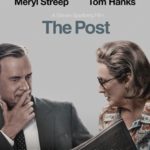