Long after the war between the Gods and the Titans, King Hyperion sets out on a tirade on to find, and use, the Epirus Bow.
By Timon October 21, 2014
0 Comments
Our Rating 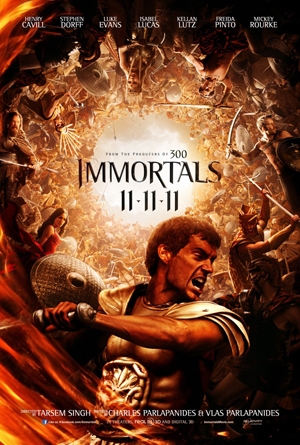 As the Gods watch from high above, Hyperion’s (Mickey Rourke) army cuts a warpath through Greece, fully intending to find and use the Epirus Bow to free the Titans from their prison far beneath Mount Tartaros. The only thing standing between Hyperion and the bow is a man called Theseus (Henry Cavill), who has been nurtured by Zeus himself to lead mankind into victory.

After his village is ravaged by Hyperion’s army, Theseus is enslaved in the salt mines and happens upon allies that join his cause to stop the carnage. Stavros (Stephen Dorf) is a former slave and thief that serves as a foil to Theseus, Phaedra (Freida Pinto) is a virgin oracle who is the only one who knows the location of the bow and the identity of the man to release it. Phaedra quickly turns from a character with meaning to simply becoming the love interest—sad, but not all that surprising.

Clearly modeled after 300, Immortals is filled to the brim with shirtless, leather-clad muscle men who fight in slow motion and look impressive while doing it. Some may say that the liberties that were taken with the Greek mythology in Immortals borders upon ludicrous, but the styling and cinematography present moments of beauty in the violence.

Immortals isn’t a Shakespearean drama, nor does it pretend to be. It is all about escapist entertainment. If you take one look at Hyperion’s head-gear (yes folks, it’s a crab claw) you’ll know it’s not taking itself too seriously.

Extras are scant, with some deleted scenes, a short featurette about Greek mythology, and a trailer for the film. 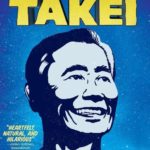